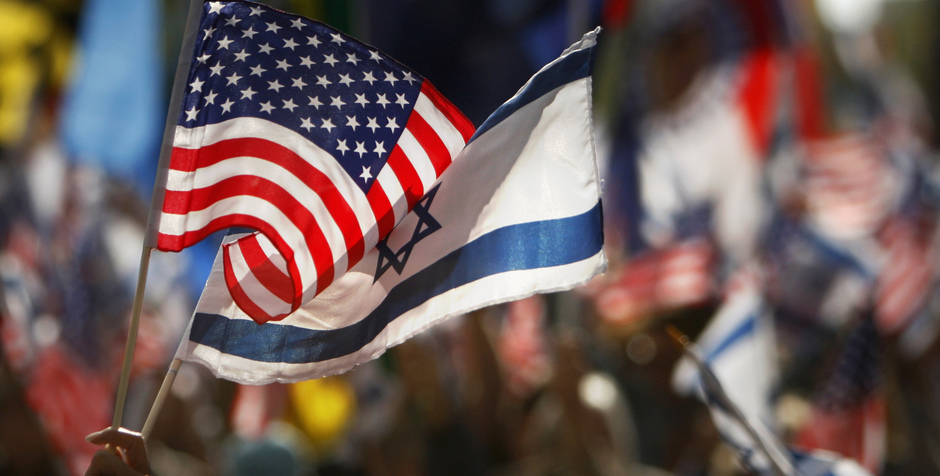 Israel is being attacked from all sides on the world’s stage. And at every step, the Obama Administration considers turning its back on our most important ally in the Middle East.

Last week, we mobilized our offices on Capitol Hill, Jerusalem, Europe, and around the world to stand with Israel when reports surfaced that the Obama Administration may betray Israel by forcing it to sit down and negotiate with preconditions and parameters that would make peace less likely and the region more chaotic, dangerous, and unstable.

And this week, it has been widely reported that Palestinian officials are planning to propose a U.N. Security Council resolution “condemning West Bank settlements.” In the past, the United States has stood strong by vetoing such resolutions. But once again, the Obama Administration is dangerously dabbling with the idea of abandoning Israel in its time of need.

The world must stand strong if it wants sustainable stability in the Middle East. The most certain way to ensure long-term war and terror is to pass resolutions that ignore history and international law while forcing preconditions and negotiations with terrorist enablers.

That is why we have sent brand new legal letters to each of the 15 members of the U.N. Security Council laying out the full history of the region, the legal justification for Israeli settlements in West Bank under international law, the proper significance of U.N. Security Council Resolutions 242 and 338, and the importance of good-faith bilateral negotiations without preconditions.

In conclusion, Israel’s settlements in the West Bank and east Jerusalem are fully consistent with Israel’s rights in international law. Each area came under Israeli control as the result of defensive warfare against serial aggressors. Further, under the Palestine Mandate, Jews have long-standing internationally-recognised rights to settle throughout Palestine, including in the West Bank and east Jerusalem. As such, Israel does not “occupy” the West Bank and east Jerusalem (for one cannot occupy, in the sense of the Fourth Geneva Convention, territory to which one asserts and possesses a legitimate claim of sovereignty). Thus, the likely premise of the UN resolution concerning Israeli settlements—to wit, that they exist on “occupied Palestinian territory”—wrongly assumes as true what has yet to be established under law in light of the facts. To state otherwise is a misrepresentation of international law.

The major problem appears to be the Palestinian negotiation tactic, i.e., that its negotiators reject Israeli concessions, provide no alternative proposals of their own, and then wait for additional Israeli concessions. Hence, in reality, the Israelis are left to negotiate with themselves. This exposes the fundamental lack of good faith on the Palestinians’ part. Both parties need to be prepared to make painful compromises. The Israelis cannot be expected to continually yield in the face of Palestinian intransigence. Until the Palestinians are prepared to negotiate in good faith, negotiations will go nowhere and achieve nothing, despite the best of intentions of those who support the two-state solution.

In light of the foregoing, we strongly urge you to reject any such resolution since it clearly misapprehends both the historical and legal status of the settlements. Moreover, in its peace treaty with Egypt, Israel freely removed settlements it had established in the Sinai. Accordingly, one can rely on Israel to comply with the terms of any peace treaty it negotiates with the Palestinians. Adopting the Palestinian-backed resolution will make it less likely that meaningful negotiations can be held. If you desire the conflict to be resolved, reject the resolution and encourage the immediate resumption of negotiations without preconditions instead.

We sent these important letters to the following member states of the U.N. Security Council:

The United States must do the right thing and continue to stand with Israel. This is necessary for long-term sustainable stability and for defeating terrorists around the world.

We will continue to stand with our ally Israel in this fight and work to stop President Obama’s reported attempts to abandon our ally. This is the second round of legal letters we’ve sent to the U.N. Security Council in as many weeks to defend Israel. We are continuing to ramp up our international advocacy efforts to aid our ally in her hour of need.

Join our fight. Sign our petition. Stand with Israel.