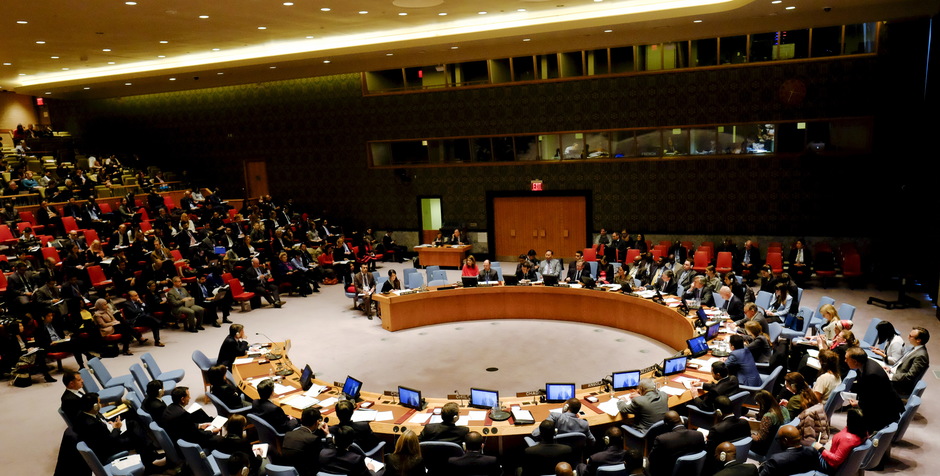 Immediately after the first reports surfaced of the Obama Administration threatening to betray Israel at the United Nations, we mobilized our offices on Capitol Hill, in Jerusalem, Europe, and around the world to stand with Israel.

We quickly prepared critical legal letters to send to each of the 15 United Nations (U.N.) Security Council member states explaining why international law requires reconsideration of any plan to force Israel to sit down at the negotiating table with preconditions and parameters that would make peace less likely and the region more unstable.

This horribly misguided plan is a renewed attempt to force Israel into a dangerous position – giving up key concessions before negotiations even begin and mandating that Israel accept indefensible borders. The bottom line is that Israel must not be forced to negotiate with a Palestinian Authority that empowers terrorists.

In our letters, we lay out the historical, political, and legal landscape surrounding the Palestinian-Israeli conflict.

It has been reported that the United States Government is considering submitting a proposal to the UN Security Council which would include a time limit for resolving all outstanding issues between Palestinians and Israelis and which would recognize the 1949 armistice lines as the presumed borders (with some limited adjustments and land swaps) of a future Arab Palestinian state. Although the attempt by the U.S. Government to encourage the UN Security Council to adopt a resolution mandating negotiations between Palestinian and Israeli authorities is well-intentioned, it is nonetheless misguided.

The Palestinian-Israeli conflict cannot be resolved by setting artificial time and territorial requirements deemed reasonable by non-parties to the conflict. It must be resolved by good-faith negotiations without preconditions between the affected parties. Both sides must be prepared to make painful compromises to achieve peace between them. Unless both sides are prepared to entertain such compromises, no resolution is possible. In the recent past, Israel has been prepared on at least two occasions—to wit, during the Barak and Olmert premierships—to make such painful compromises, whereas the Palestinians rejected Israel’s good-faith efforts and assumed an all-or-nothing position.

The conflict involving Palestinians and Israelis is both complex and fraught with myths and half-truths. This letter will attempt to shed light on the facts underlying the ongoing conflict and explain why outside pressure to resolve the conflict is more apt to prolong the conflict than it is to resolve it.

Our letters go on to lay out how Arab Palestinians have had multiple opportunities to establish an Arab Palestinian state and how their failure to achieve statehood was not because of Israel; how the Palestinian political situation makes it unclear who their leaders are and whether they would even have the authority to engage in good-faith negotiations with Israel; and, finally, how the proposed negotiations are based on questionable legal and factual premises, including international legal analysis of Jewish settlements, past international agreements, and the importance of negotiations without preconditions.

We send these important letters to the following member states of the U.N. Security Council:

We will continue to stand with Israel and stand up for international norms of state sovereignty, global stability, and anti-terrorism. As we conclude in our letters:

These latest reports are simply the latest in a long line of efforts to use the United Nations and other international bodies against Israel. Whether it is the U.N. Commission on the Status of Women only singling out Israel or Palestine joining the International Criminal Court to try to bring false war crimes charges against Israel, we must remain vigilant for our most important ally in the Middle East.

Our security and global stability depends upon it.

These letters are just the first of many legal letters and memoranda we are preparing to defend Israel. Join with us and add your name to our Petition to Defend Israel and Stop Forced Negotiations with Terrorists below.