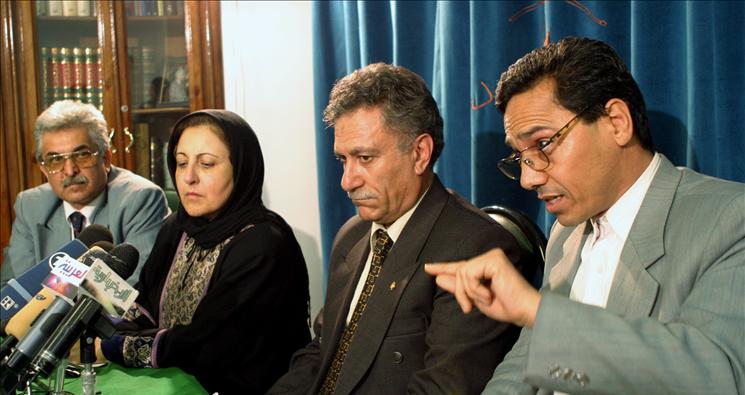 The United Nations (UN) has released a statement condemning the imprisonment of the internationally renowned human rights attorney who defended Pastor Youcef Nadarkhani.

The spokesperson for the UN High Commissioner for Human Rights stated,

The UN Human Rights Office is seriously concerned by the arrest and imprisonment of several prominent human rights defenders, journalists and political activists in the Islamic Republic of Iran in the past two weeks. This appears to reflect a further severe clamp down on critical voices in the country.

In particular, we are concerned about the 29 September arrest of Mohammad Ali Dadkhah, a prominent human rights lawyer and co-founder (with Shirin Ebadi) of the Centre for Human Rights Defenders. Mr Dadkhah is now beginning a nine-year jail sentence previously imposed on him after he was charged with “membership of an association seeking to overthrow the government and propaganda against the system.”

The prison sentence was coupled with a 10-year ban on legal practice and teaching. Mr Dadkhah had been involved in defending many high-profile cases, and the case against him is widely believed to be linked to his work as a human rights defender.

Mr Dadkhah's case is reminiscent of those of other jailed human rights defenders in Iran . . . .

Lawyers, human rights defenders and independent media make a key contribution in democratic societies and must be allowed to carry out their work without facing intimidation, harassment, arrest and prosecution. The arrests and harsh sentences imposed on such figures reflect a disturbing trend apparently aimed at curbing freedom of expression, opinion and association, which are guaranteed by the International Covenant on Civil and Political Rights, to which Iran is a State party.

We urge the Government of Iran to promptly release all those who have been arrested for peacefully exercising their fundamental rights.

The ACLJ welcomes this statement by the UN and continues to urge other nations and international bodies, like the International Bar Association, to take a stand for this man who has spent and risked his life defending human rights in Iran.

For over 30 years, Dadkhah has represented thousands of clients in a long and storied legal career, defending human rights and the rule of law in Iran. In addition to his own human rights work, he has been instrumental in training hundreds of other attorneys in Iran to defend human rights.

Along with Nobel laureate Shirin Ebadi, he founded the Center for Defenders of Human Rights (CDHR) in Iran over ten years ago, to defend human rights and advocate for the protection of rights guaranteed under Iranian law. He and those he has worked with at the CDHR have faced immense persecution for their efforts from the Iranian regime. Many of his co-workers are currently in prison or have fled the country.

As Amnesty International reports, Iranian authorities closed the CDHR in 2008. Other lawyers from the center including Abdolfattah Soltani and Mohammad Seyfzade are serving multi-year sentences for their work. Iran has also imprisoned Narges Mohammadi, a mother of two, who had served as the executive chairperson of CDHR – only recently temporarily releasing her for medical treatment. In fact, the Nobel laureate who co-founded the CDHR with Dadkhah fled Iran in 2009, remaining in exile ever since.

It is clear that Iran made a concerted effort to shut this center down and continues to discourage, at the very least, any human rights work in the Islamic nation.

He often offers his services free of charge so that those facing religious and political persecution can have access to due process under Iranian law. It is precisely for this reason – he cares so much about Iran protecting human rights that he is willing to work for free – that the Iranian regime has imprisoned him.

Iran views his willingness to defend, free of charge, those the regime has decided to persecute as “aiding and abetting” in their alleged crimes. In July 2011, Dadkhah was convicted of “membership of an association seeking the soft overthrow of the government” and “spreading propaganda against the system through interviews with foreign media” for his work defending human rights. He was sentenced to 9 years in prison, banned from practicing law or teaching for 10 years, fined $1,900, and given the choice to be whipped or pay an additional $450 fine.

Iran has now taken him into custody and implemented this sentence in one of Iran’s harshest prisons.

Dadkhah’s response to the constant attacks and threats from the Iranian regime has been to simply say, “I see it as my duty to behave as a lawyer and defender of human rights. The rest, as the saying goes, is out of my hands.”

Join the ACLJ is taking a stand for this man who was willing to risk his life to defend Pastor Youcef’s freedom. Tweet for Youcef’s attorney today.