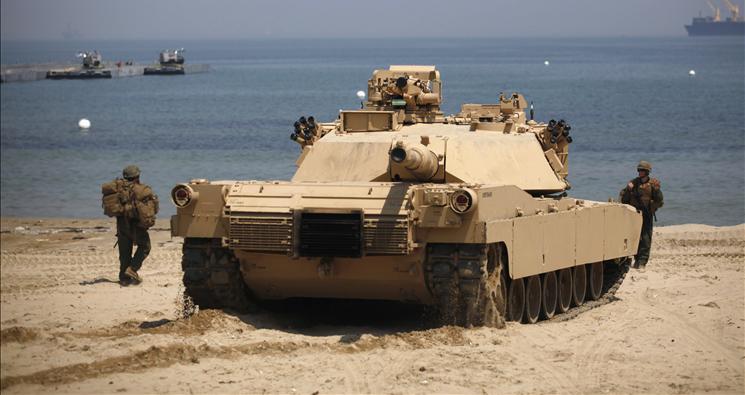 Huge Boots on the Ground Loophole in Syria

The more we learn about President Obama’s plan to attack Syria the worse it gets. It is now clear that such a military strike would aid  al Qaeda-led rebels – benefiting our declared enemy – al Qaeda.

According to Reuters and the BBC, “al-Nusra Front, a group allied to al-Qaeda,” invaded one of the oldest Christian villages in Syria this week.  Death and destruction at the hands of these radical jihadists that make up large swaths of the rebel alliance was only averted because the “moderate” leaders of the rebel forces essentially ordered al-Nusra to leave.

Yet if President Obama gets his way this is exactly who we are going to be supporting in Syria.

According to the resolution passed by a Senate panel this week, it would be the official policy of the United States to “upgrad[e] the lethal and non-lethal military capabilities of vetted elements of Syrian opposition forces” – forces so intertwined with al Qaeda and other radical jihadist groups that the New York Times says, “Nowhere in rebel-controlled Syria is there a secular fighting force to speak of.”

Supporters of the President’s plan, such as Senator McCain, are just plain wrong on so many levels.

This is completely false based on the Senate Foreign Relations Committee resolution, that Sen. McCain voted 'yes' on, authorizing President Obama to use military force against Syria. While Section 3 of the congressional resolution "does not authorize use of the United States Armed Forces on the ground in Syria for the purpose of combat operations," it does not prohibit the President from putting U.S. boots on the ground to "prevent the transfer to terrorist groups or other state or non-state actors within Syria of any weapons of mass destruction."

This boots on the ground loophole is literally wide enough to drive a U.S. tank through.

The President’s plan will align America with al Qaeda twelve years after it declared war on America on 9/11.  It is as nonsensical as it is wrongheaded.

Join with thousands of Americans who are standing up to say no U.S. support for al Qaeda.  Sign the ACLJ’s petition today.