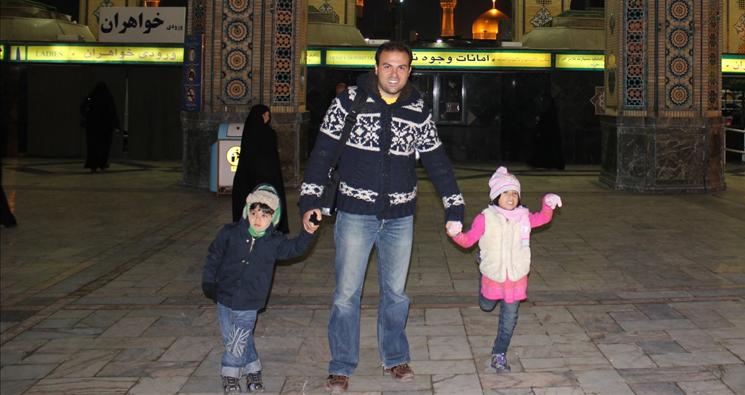 Very important developments in Washington today concerning the case of American Pastor Saeed Abedini, who is imprisoned – and current whereabouts unknown – in Iran because of his Christian beliefs.

After more than 235,000 petition signatures, dozens of ACLJ media appearances, tireless efforts from his wife, Naghmeh, and letters signed by 49 Senators and Representatives, both the U.S. State Department and the White House condemned Iran for its imprisonment of Pastor Saeed, a U.S. citizen.  Both have called on Iran to release him.

QUESTION:  Firstly, we had a story a few days ago on Saeed Abedini, this U.S. citizen jailed in Iran, reporting that he might get bail.  Do you have any information on that and on his status?

MS. NULAND:  We remain very concerned about U.S. citizen Saeed Abedini, who is detained in Iran on charges related to his religious beliefs.  Mr. Abedini’s attorney had only one day to present his defense.  And we remain deeply concerned about the fairness and the transparency of his trial.  We condemn Iran’s continued violation of the universal rights of freedom of religion, and we call on the Iranian authorities to respect Mr. Abedini’s human rights and to release him.  We are in close contact with his family as well and we’re actively engaged in the case.

QUESTION:  So no indication that he was let out on bail as, I think it was, this Iranian news agency seemed to suggest that might be --

MS. NULAND:  I don’t have any positive news to report on this, unfortunately.

Q: U.S. Pastor Saeed Abedini has been on trial in Iran over the course of this week.  His supporters say yesterday he was transferred to another prison unit, ostensibly to get him better medical attention and that he’s kind of disappeared since that time. There are also reports from his supporters that he may have been beaten while he was in captivity.  Has the president been getting any read outs on what is happening there and has there been anything the administration has been able to do to try and assist in his case? I know we have limited contact with Iran, but have there been any diplomatic attempts to try and influence what is happening there?

JAY CARNEY:  Well, I can tell you a couple of things.  One, that we remain concerned about  Saeed Abedini, who is, as you mentioned, detained in Iran on a charge related to his religious beliefs. The State Department is in close contact with his family and is actively engaged on this case.  As you know, Mr. Abedini’s attorney had only one day to present his defense and earlier this week, Mr. Abedini was not allowed to attend his own trial, so we remain deeply concerned about the fairness and transparency of that trial.  We condemn Iran’s continued violation of the universal right of the freedom of religion and we call on the Iranian authorities to release Mr. Abedini. On the first part of your questions about the reports that he might be missing, I would refer you to the State Department.  They are, as I said, actively engaged in this case.

Q: Are there any diplomatic channels that the White House has been able to use in this case?

CARNEY: That would be a question for the State Department.

We applaud both the State Department and the White House for these very strong statements. It is vitally important that the U.S. government do all that it can to secure the freedom of Pastor Saeed, a U.S. citizen.

First, it is our hope that that we learn more about the whereabouts of Pastor Saeed, who has not been heard from in several days. He appeared at Day One of his trial on Monday with his attorney. Both were barred from attending further proceedings and concern began to grow yesterday after Iranian guards turned away Saeed’s family when they attempted to visit him in Evin Prison. They were told Saeed was not there.

Please continue to pray for Pastor Saeed and his family in Iran along with his wife and children, who we represent, in the U.S.

Thanks to the State Department and White House for their statements today and involvement to secure Pastor Saeed’s freedom.

We will continue to utilize all of our resources – domestically and internationally – to see that Pastor Saeed is returned home to his family.