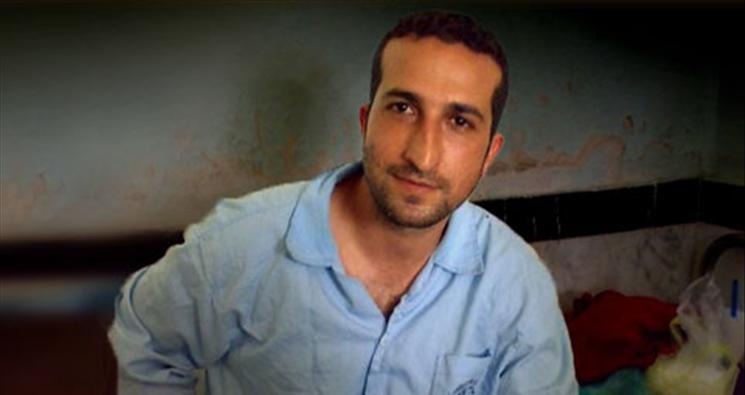 Senate Must Call for Youcef's Release

Pastor Youcef Nadarkhani has now been illegally imprisoned in Iran for his Christian faith for over 930 days.

The only thing that has prevented his execution to this date are the prayers of millions throughout the world and increasing international pressure calling for Pastor Youcef’s immediate release.

The U.S. House of Representatives already unanimously passed a resolution calling for his release, and now a companion resolution is pending in the Senate Foreign Relations Committee.

The Senate introduced S. Res. 385 on the same day the House unanimously passed its companion resolution. The Senate resolution:

(1) condemns the Government of Iran for its ongoing and systemic violations of the human rights of the people of Iran, including the state-sponsored persecution of religious minorities in Iran, and its continued failure to uphold its international obligations, including with respect to the Universal Declaration of Human Rights and the International Covenant on Civil and Political Rights;

(2) calls for the Government of Iran to exonerate and immediately and unconditionally release Youcef Nadarkhani and all other individuals held or charged on account of their religious or political beliefs;

(3) calls on the President to designate additional Iranian officials, as appropriate, for human rights abuses pursuant to section 105 of the Comprehensive Iran Sanctions, Accountability, and Divestment Act of 2010 (22 U.S.C. 8514); and

(4) reaffirms that freedom of religious belief and practice is a universal human right and a fundamental individual freedom that every government must protect and must never abridge.

We applaud Senator Kirk for taking the additional step of adding Pastor Youcef to his Iranian Dissident Awareness Program.

The ACLJ also strongly supports this critical resolution to keep the international pressure on Iran for the immediate and unconditional release of Pastor Youcef.

Contact your Senators today and urge them to support this vital measure. Show your support for this resolution by signing the ACLJ’s Petition to Free Christian Pastor Youcef Nadarkhani. In just the first few hours, over 20,000 people have already signed this petition.

The importance of these truly international efforts to place pressure on Iran to cease its ultimate human rights abuses is amplified by Iran’s recent crackdown on Christians. As we reported last week, a dozen more Christians were tried for their faith, on Easter Sunday, in the same provincial court that sentenced Pastor Youcef to death.

Please continue to pray, Tweet for Youcef, and sign this petition for his release. We will continue to bring you information about Pastor Youcef as we are able.