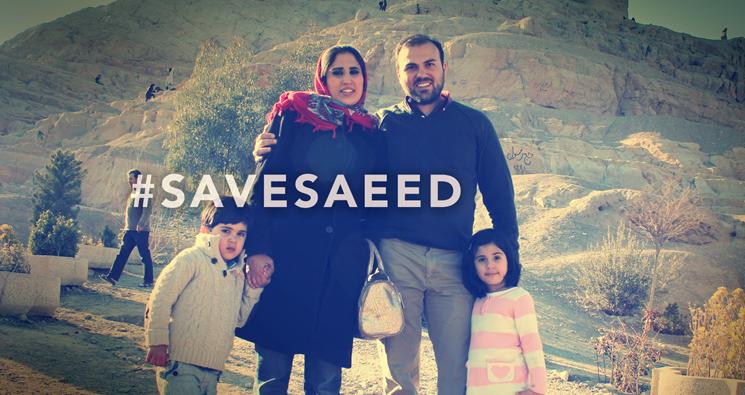 #SaveSaeed: An International Push to Free an American Pastor in Iran

In addition to our legal and diplomatic efforts to free American Pastor Saeed Abedini, we are spearheading an international social media effort to raise awareness about his plight.

Award-winning musicians, Christian radio stations, and concerned citizens all across America and around the world are trying to get #SaveSaeed trending on Twitter and encourage people to sign the petition at SaveSaeed.org.

The idea is simple.  The more people talking about Pastor Saeed and calling for his release means the more international media, governments, and world leaders are willing to put pressure on Iran for his release.  It is the same idea that led to the release of Christian Pastor Youcef Nadarkhani in Iran through Tweet for Youcef.

This is a very simple way you can help save the life of a persecuted pastor.  Today, tweet the hashtag #SaveSaeed and urge your followers to sign the petition at SaveSaeed.org.  Share this blog with your friends on Facebook to encourage them to join this effort.

It’s just that simple and can make a huge difference in the life of a man whose only “crime” is choosing to follow Christ in an oppressive Islamic regime.