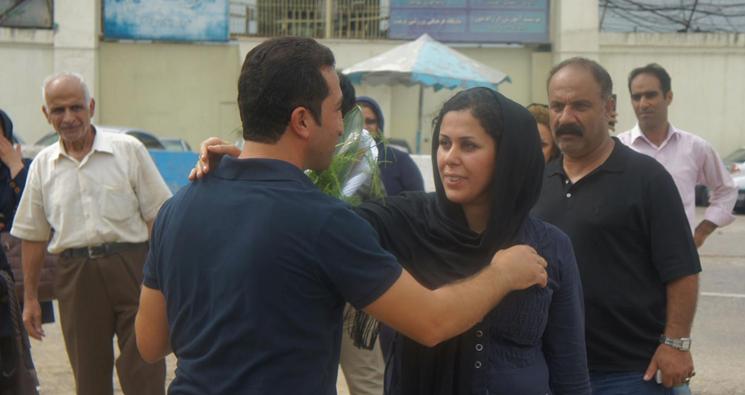 Christian Pastor Youcef Nadarkhani wrote the following letter to all those who supported him and his stand for Christ, “the cause that I defend,” following his release after nearly 3 years of illegal imprisonment in Iran for his faith.

Not to us, LORD, not to us, but to Your Name be glory, for Your faithfulness, for Your loyalty…. Psalm 115:1

Salaam! (Peace be upon you!)

I glorify and give grace to the Lord with all my heart. I am grateful for all the blessings that He gave me during my whole life. I am especially grateful for His goodness and divine protection that characterized the time of my detention.

Indeed I have been put to the test, the test of faith which is, according to the Scriptures “more precious than perishable gold.” But I have never felt loneliness, I was all the time aware of the fact that it wasn’t a solitary battle, for I have felt all the energy and support of those who obeyed their conscience and fought for the promotion of the justice and the rights of all human beings. Thanks to these efforts, I have now the enormous joy to be by my wonderful wife and my children. I am grateful for these people through whom God has been working. All of this is very encouraging.

During that period, I had the opportunity to experience in a marvelous way the Scripture that says: “Indeed, as the sufferings of Christ abound for us, our encouragement abound through Christ.” He has comforted my family and has given them the means to face that difficult situation. In His Grace, He provided for their spiritual and material needs, taking away from me a heavy weight.

The Lord has wonderfully provided through the trial, allowing me to face the challenges that were in front of me. As the Scriptures says, “He will not allow us to be tested beyond our strength….”

Despite the fact that I have been found guilty of apostasy according to a certain reading of the Shar’ia, I am grateful that He gave the leaders of the country, the wisdom to break that judgment taking into account other facts of that same Shar’ia. It is obvious that the defenders of the Iranian right and the legal experts have made an important effort to enforce the law and the right. I want to thank those who have defended the right until the end.

I am happy to live in a time where we can take a critical and constructive look to the past. This has allowed the writing of universal texts aiming at the promotion of the rights of man. Today, we are debtors of these efforts provided by dear people who have worked for the respect of human dignity and have passed on to us these universal significant texts.

I am also debtor of those who have faithfully passed on the Word of God, that very Word who makes us heirs of God.

Before ending, I want to express a prayer for the establishment of an unending and universal peace, so that the will of the Father be done on earth as it is in heaven. Indeed, everything passes, but the Word of God, source of all peace, will last eternally.

May the grace and mercy of God be multiplied to you. Amen!

Pastor Youcef’s letter (translated into English through Present Truth Ministries) was written the day he was released from an Iranian prison less than two weeks ago. Pastor Youcef had been convicted of apostasy (converting to Christianity) and sentenced to execution by hanging. He was imprisoned for 1062 days, just under 3 years, in violation of Iranian and international law that protects religious liberty.

Pastor Youcef’s story reached millions around the world, and the international outcry for his release greatly impacted his case. The ACLJ’s Tweet for Youcef campaign reached over 3.1 million Twitter accounts worldwide with news about his imprisonment. We will continue fighting for and raising awareness about the hundreds of thousands of people facing persecution for their faith around the world, including hundreds who have been arrested in Iran for their Christian faith.

Join people of faith around the world this weekend celebrating Pastor Youcef’s release, praying for his and his family’s safety, and praying for all those facing persecution for their faith. Visit 48HoursforFreedom.org to learn how you can take action.