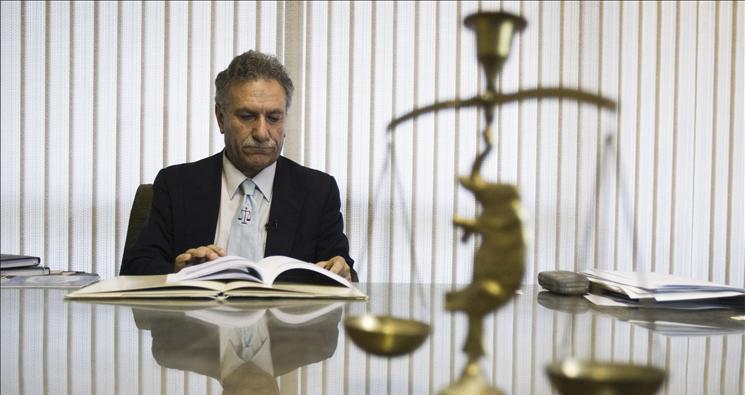 Pastor Youcef’s Attorney to be Jailed for Representing the Persecuted

Pastor Youcef’s Attorney to be Jailed

Pastor Youcef Nadarkhani’s Iranian attorney has been convicted for his work defending human rights and is expected to have to begin serving his nine-year sentence in the near future.

As we have previously reported, Pastor Youcef’s attorney, Mohammad Ali Dadkhah, was sentenced to nine years in prison and banned from practicing law or teaching for ten years by the Iranian government, essentially for representing individuals like Pastor Youcef.

Dadkhah recently stated, “I was in a court in Tehran defending one of my clients, Davoud Arjangi, a jailed political activist on death row when the judge told me that my own sentence has been approved and I will be shortly summoned to jail to serve the nine-year sentence.” He continued, “I have been convicted of acting against the national security, spreading propaganda against the regime and keeping banned books at home.”

The ACLJ has learned that the Judge who informed Dadkhah his appeal had been denied is Iranian Judge Abolghasem Salavat, also known as the “Judge of Death.” He is infamous for the harsh imprisonment of those accused of political and religious “crimes.”

This news is disturbing for another reason: Dadkhah’s imprisonment leaves Pastor Youcef without legal representation. Dadkhah has previously communicated to us that if the sentence against him were carried out, no attorney would be willing to represent Pastor Youcef for fear of being imprisoned or disbarred for representing the persecuted pastor.

Iran has recently begun to crack down on attorneys who represent clients, like Pastor Youcef, who Iran dubs as enemies of the state for their beliefs. Dadkhah, a world-renowned Muslim human rights attorney in Iran, has defended numerous political and religious prisoners, including recently 12 Christians who were tried on Easter Sunday for their faith, in the same Iranian provincial court that sentenced Pastor Youcef to execution. Because he provides his legal services free of charge, the Iranian regime has asserted that he is “aiding and abetting” in the alleged crimes of his clients.

The news that this incredibly brave human rights attorney has been sentenced to prison by Iranian officials is very troubling to say the least. This development reinforces that Iran has no regard for basic human rights. It also raises further concern about the fate of Pastor Youcef. With his attorney facing nine years in prison, and no other lawyer likely to take the case, Pastor Youcef has no legal advocate, placing him at greater risk.

The ACLJ will continue to use all available means to fight for their freedom, including the Tweet for Youcef campaign, which is now reaching more than 2 million Twitter accounts each day. We also continue to call on the Senate to pass a pending resolution calling for Pastor Youcef’s release.

Please continue to pray and Tweet for Youcef, as we fight for his freedom and that of his attorney.