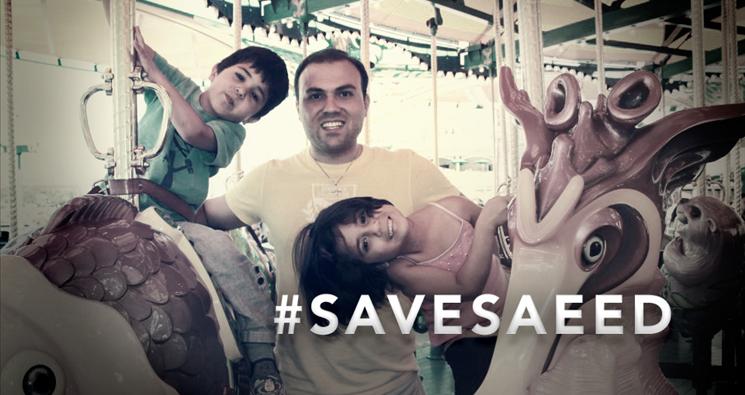 “Make Every Effort” to Secure Saeed

Recently, Senator James Risch (ID) urged Under-Secretary of State Wendy Sherman to “make every effort you possibly can to secure” the freedom of American Pastor Saeed Abedini, his constituent.

The exchange above occurred in a hearing before the Senate Foreign Relations Committee earlier this week.  The State Department again pledged its ongoing efforts to secure his freedom.

Under-Secretary Sherman’s words are an important reminder of the impact we can all have in securing Pastor Saeed’s freedom.  She stated:

When we keep asking, we at least put a spotlight on the treatment that is being given to prisoners and hopefully lessen the horrible situation under which they are held.  But we will not stop for Mr. Abedini [and other Americans imprisoned in Iran] until they can be returned to their families.

Senator Risch reiterated this crucial point, stating, “By spotlighting this, that does a tremendous amount of good in the world court of public opinion.”

This is exactly right.  Over half a million people from all over the world have spotlighted the plight of this 33-year-old U.S. citizen by signing a petition for his freedom at SaveSaeed.org.  More than 50,000 have written letters to Pastor Saeed.  We know that the world outcry effectively urged Iran to release Pastor Saeed from solitary confinement early.  The spotlight is on Iran.  The world is watching, and it his having a tremendous impact.