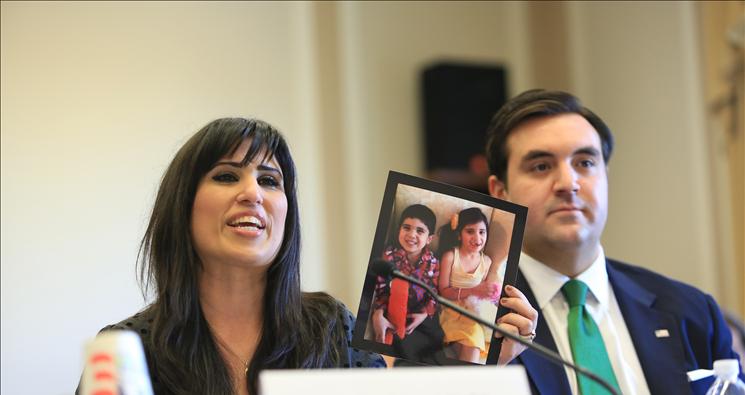 American Pastor Saeed Abedini’s wife, Naghmeh, is speaking out about being severely disappointed in the U.S. government’s lack of reaction to Iran’s escalation of its human rights abuses against her husband, a U.S. citizen.

Naghmeh recently appeared on Fox News to discuss the latest developments in her husband’s fate.

“I can’t image one more day in that.  From what I heard from him, solitary is horrific,” she explained.  She continued, “It’s a small dark hole.”

While Iran has escalated their abuse, Naghmeh is concerned that our own government is still not fully engaging.  She lamented:

I am really disappointed in the way our government has handled this.  I really expect our President to step it up. . . .

We try to protect U.S. citizens here who have committed horrific crimes against our government.  We protect their rights.  What about the rights of a U.S. citizen inside of Iran who is going through this because of his religious belief? . . .

Even with Secretary Kerry speaking out, we had to fight for that for eight months. . . .

If Fox News and ACLJ were not continually bringing this to light, it would be forgotten.

Watch the entire interview above and take action for Pastor Saeed.  Write him a letter of encouragement and hope at SaveSaeed.org.