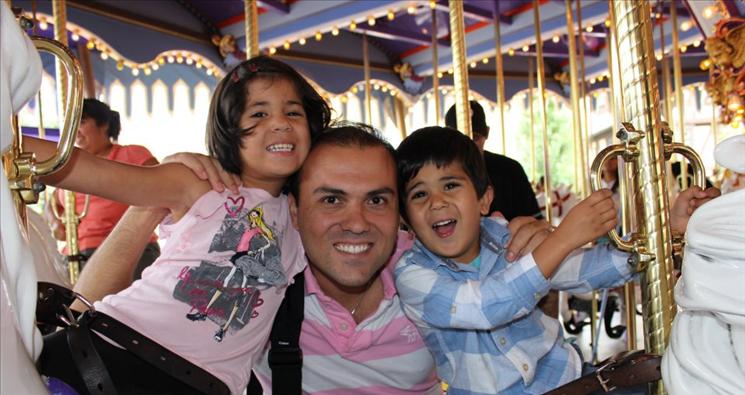 The family of wrongfully imprisoned American Pastor Saeed Abedini – a U.S. citizen – was able to visit him in Evin Prison earlier this week.  He was in good spirits.

Pastor Saeed told his family in Iran that the most severe symptoms he had experienced, as a result of beatings and torment sustained in prison, appear to have waned.  However, he is still experiencing severe pain in his abdomen such that he requested medical attention.  The Iranian regime continues to refuse such medical treatment.

Iran’s willful denial of his basic medical care is a reflection of its inhuman treatment of prisoners of conscience.

Pastor Saeed also reported that since Iran’s presidential election last week Iranian prison guards and other officials have threatened to move him to a prison in a more remote area of Southern Iran.  Such a move would make it nearly impossible for his family to visit him any longer.  It would also tear him away from friendships he has developed with fellow prisoners of conscience.

While these are likely vain threats made in an attempt to break his spirit, they reiterate the daily difficulties that Pastor Saeed faces – not only the fact that he is imprisoned but the psychological torment he endures at the hands of his captors.

Yet, even such, the modest improvements in his medical condition and good spirits is evidence that the “prayers of many” are being answered.

Continue to pray for Pastor Saeed, his medical condition, and his freedom.  Share his story at SaveSaeed.com.  We will continue to bring you updates on his condition and our efforts for his release.