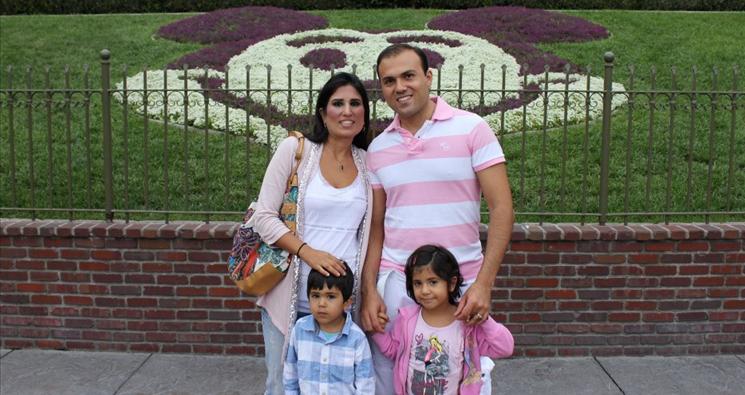 For the first time since he was abruptly transferred from Evin Prison to Rajai Shahr Prison earlier this month, American Pastor Saeed Abedini was allowed visitation with his Iranian family.

This is a positive sign that international pressure continues to work to keep Pastor Saeed alive.  Pastor Saeed’s Iranian family has, for the past two weeks since his transfer, been prevented from visiting him – something they had previously been permitted to do once a week during his imprisonment in Evin Prison.

It is also the first physical confirmation of Pastor Saeed’s condition and life since his transfer to the brutal prison.

Pastor Saeed remains in the violent criminal ward – Ward 3 – of Rajai Shahr, sharing at 3 meter by 3 meter cell with other prisoners.  This particular ward of the deadly prison holds some of the worst criminals in Iran – murderers and rapists.

International human rights organizations have reported that prisoner on prisoner violence, including murder, is routine at Rajai Shahr Prison.

We believe that prayer and strong international pressure – the outcry of hundreds of thousands of people around the world – are keeping Pastor Saeed alive.

Last week the U.S. Senate unanimously passed a bipartisan resolution calling for the release of this U.S. citizen  and key members of the European Parliament wrote a letter raising Pastor Saeed’s case.

A similar resolution is pending in the U.S. House of Representatives.  The House Foreign Affairs Committee has announced that it will take up the resolution (H. Res. 147) this Wednesday.  These statements, resolutions, and letters from U.S. and international government leaders are key to Pastor Saeed’s case.

We continue to urge President Obama – who has previously directly spoken out about Pastor Saeed’s case – and the U.S. State Department to reengage this issue at the highest levels.  As international negotiations continue with Iran regarding its nuclear program, Pastor Saeed’s freedom must be a chief concern.  Human rights and specifically religious freedom – the first freedom – is a critical step forward for any nation on the world stage.

The time is now for Iran to release Pastor Saeed.

Add your name to the hundreds of thousands calling for Pastor Saeed’s release at BeHeardProject.com.