Pastor Nadarkhani: “What Your Prayers Did for Me” | American Center for Law and Justice
Search  |  Logout  |  Login  |  Register 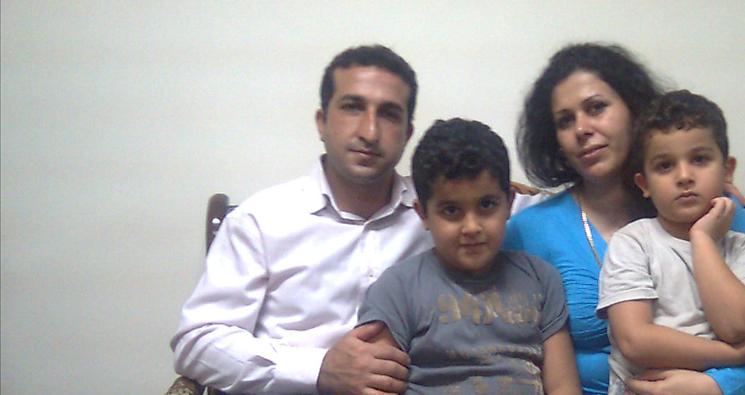 Pastor Nadarkhani: “What Your Prayers Did for Me”

Youcef: “What Your Prayers Did for Me”

Christian Pastor Youcef Nadarkhani recently spoke at an international human rights conference in London about his imprisonment in Iran for his faith.

He thanked everyone who prayed for him and his family as he faced execution for apostasy before he was finally released in September of this year.

"It is the opportunity for me to share about what the Lord did for me and to thank you because you supported me by your prayers, you supported my family in a very difficult time," Nadarkhani, 35, told those in attendance at the persecution watchdog group Christian Solidarity Worldwide's National Conference in London in early November.

"My prayer is I ask the Lord to bless you for what you did for me as a small member of the Body of Christ. Today my presence here is the will of God and the result of what your prayers did for me," Nadarkhani added . . . .

Pastor Youcef was released after an immense international push for his freedom. For more than a year, hundreds of thousands of ACLJ members signed petitions demanding his freedom, ACLJ attorneys worked daily with U.S. and international leaders to increase international pressure on Iran for his release, and the ACLJ’s Tweet for Youcef campaign reached millions daily with updates about his case.

While Pastor Youcef is now free, his Iranian attorney has been imprisoned for more than two months. Iran imprisoned Mohammad Ali Dadkhah for defending people like Pastor Youcef - those persecuted by the Iranian government. Our Tweet for Youcef campaign continues to reach more than 2 million Twitter accounts each day with updates about Pastor Youcef’s attorney.

As ACLJ International Legal Director Tiffany Barrans told the Christian Post, “As the world awakened to the realities of religious persecution in Iran when the masses fought for Pastor Youcef's freedom, we must now shift our attention to defend those who defend the persecuted.”

Add your voice to the thousands who are calling for Iran to immediately release Pastor Youcef’s attorney here.