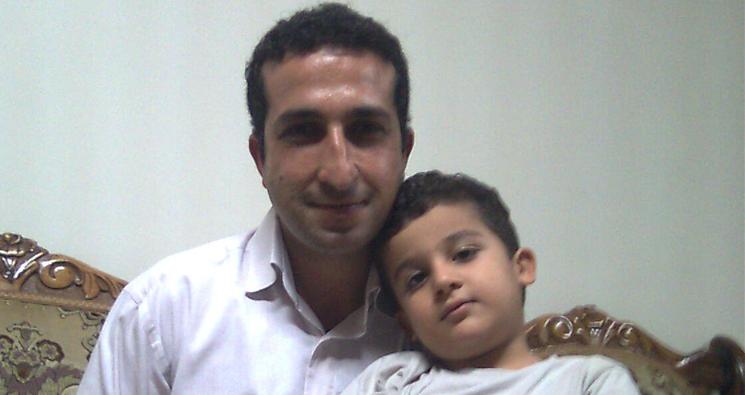 Letter from Pastor Youcef Thanks Supporters and Urges Prayer

Christian Pastor Youcef Nadarkhani has written an open letter to “all those who are concerned” with his plight thanking them and asking for prayer. The letter written earlier this week is the first time in nearly a year that Pastor Youcef has been able to speak out publicly about his illegal imprisonment in Iran.

He encourages the members of his congregation and supporters all over the world that he is in “perfect health” and urges them to continue having faith in God. He specifically thanks everyone who has “asked for my release, or campaigns and human rights activities which are going on against the charges which are applied to me,” and he urges everyone to “pray for me.”

Below is the entire letter from Pastor Youcef obtained and translated into English by Jason DeMars of Present Truth Ministries, who the ACLJ has been working with on Pastor Youcef’s case from the beginning.

Greetings from your servant and younger brother in Christ, Youcef Nadarkhani.

To: All those who are concerned and worried about my current situation.

First, I would like to inform all of my beloved brothers and sisters that I am in perfect health in the flesh and spirit. And I try to have a little different approach from others to these days, and consider it as the day of exam and trial of my faith. And in these days which are hard in order to prove your loyalty and sincerity to God, I am trying to do the best in my power to stay right with what I have learned from God's commandments.

I need to remind my beloveds, though my trial due has been so long, and as in the flesh I wish these days to end, yet I have surrendered myself to God's will.

I am neither a political person nor do I know about political complicity, but I know that while there are many things in common between different cultures, there are also differences between these cultures around the world which can result in criticism, which most of the times response to this criticisms will be harsh and as a result will lengthen our problems.

From time to time I am informed about the news which is spreading in the media about my current situation, for instance being supported by various churches and famous politicians who have asked for my release, or campaigns and human rights activities which are going on against the charges which are applied to me. I do believe that these kind of activities can be very helpful in order to reach freedom, and respecting the human rights in a right way can bring forth great results in this.

I want to appreciate all those are trying to reach to this goal. But at the other hand, I'd like to announce my disgust at insulting words or activities which make stress and trouble, which unfortunately are done with the justification (excuse) of defending human rights and freedom, for the final result is so clear and obvious for me. Insulting the belief of other nations or people, whether they be a majority or minority, is not accepted and is an unworthy deed, specifically for those who have this teaching to love and respect others more than themselves and treat them the same as you want to be treated.

Then, burning and insulting is not a reverent behavior for a Christian, but it's worthy to be in obedience to the word of God and humble ourselves to glorify God.

I try to be humble and obedient to those who are in power, obedience to those in authority which God has granted to the officials of my country, and pray for them to rule the country according to the will of God and be successful in doing this. For I know this in this way I have obeyed God's word. I try to obey along with those whom I see in a common situation with me. They never had any complaint, but just let the power of God be manifested in their lives, and though sometimes we read that they have used this right to defend themselves, for they had this right, I am not an exception as well and have used all possibilities and so forth and am waiting for the final result.

So I ask all the beloved ones to pray for me as the holy word has said. At the end I hope this be prepared as soon as possible, as the authorities of my country will do with free will according to their law and commandments which are answerable to.

May God's Grace and Mercy be upon you now and forever. Amen.

The original letter in Farsi is posted here.

It is very encouraging that Pastor Youcef is not only able to communicate with the outside world, but that he is aware of the international outcry on his behalf. News of his story is reaching all the way around the world back into the heart of Iran.

It is critical that we keep this intense pressure on Iran for his release. Please continue to pray, Tweet for Youcef, and urge the U.S. Senate to quickly and unanimously pass a resolution demanding his release.