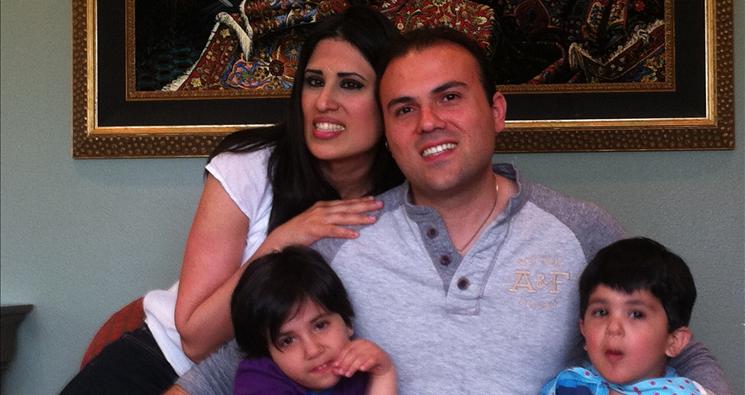 Though the report, unsurprisingly, contains a number of inaccuracies, it does acknowledge that his arrest was for his faith.

The report, as translated, states:

A person named Saeed Abedini who was sent to start underground house churches inside of Iran was arrested. His wife and kids live in the US and he had also resided in England for many years.

It is clearly an attempt by Iran to paint Pastor Saeed as a foreign plant, “sent” to undermine their culture.

Pastor Saeed, an Iranian-born U.S. citizen, while having previously been involved in starting house churches, was arrested in Iran on a trip to visit his family and continue humanitarian work.  He was working with non-religious orphanages in Iran at the time.

The report also incorrectly claims that Pastor Saeed lived in England, which he has never done.  In fact, prior to 2005 when Pastor Saeed and his wife, Naghmeh, moved to the U.S., he had never traveled outside of Iran while a leader of house churches in Iran.

This is the same type of misinformation campaign orchestrated against Pastor Youcef Nadarkhani by state-run media in Iran.  However, the fact that Iran is acknowledging Pastor Saeed’s arrest is related to his faith is an important step in increasing international pressure on the regime to stop persecuting people of faith.

The radical Islamic regime is stepping up its brutal repression of anyone who would dare take a stand for their Christian faith.

Sign our petition demanding the U.S. government take action on Pastor Saeed’s behalf, Tweet for Youcef, and pray for those persecuted.  We will continue to keep you informed as we fight for their freedom.