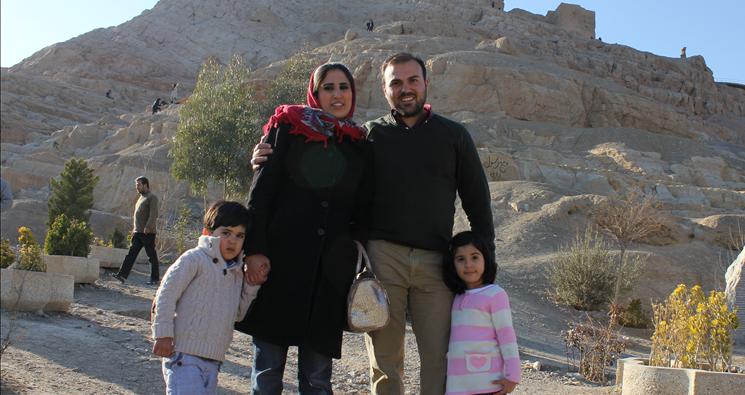 Iranian officials are now threatening American Pastor Saeed Abedini that he will be held longer than his eight-year sentence unless he recants his faith.

We have just obtained a new letter from Pastor Saeed, dated March 9th, where he talks about the humiliation and psychological torture he undergoes on a daily basis.

In this new letter, he writes:

“Deny your faith in Jesus Christ and return to Islam or else you will not be released from prison. We will make sure you are kept here even after your 8 year sentence is finished.” These are the threats that prison officials throw at me.

My response to them is Romans 8:35-39. The reality of Christian living is that difficulties or problems do arise in our lives. Persecution and difficulties are not new occurrences, but are seen often in the Christian life.  It is through the suffering and tribulations that we are to enter the Kingdom of God.

He closes the letter: "Pastor Saeed Abedini, the servant and slave of Jesus Christ in chains, with a lot of joy to see you soon. Evin Prison 9th March 2013."

It is clear that Pastor Saeed’s faith is what is keeping him alive – sustaining him – as the mental and physical abuse he suffers at the hands of the brutal Islamic regime weakens his body.

He is being ordered to deny Christ, yet his faith holds strong.  This is why tens of thousands of people from all over the world are writing letters to Pastor Saeed for his upcoming birthday on May 7th. Letters of prayer and support.

Pastor Saeed is refusing to deny Christ.  We must let him know that we will never forget him and will never stop working for his release.

Join the over 20,000 others who have already done so, and write a letter to Pastor Saeed at SaveSaeed.org.  This has already quickly become one of the largest letter writing campaigns ever.

Pastor Saeed’s wife Naghmeh and I discussed the importance of this letter writing campaign and the torment he faces on a daily basis today on Fox News (above) and CBN’s the 700 Club (below).