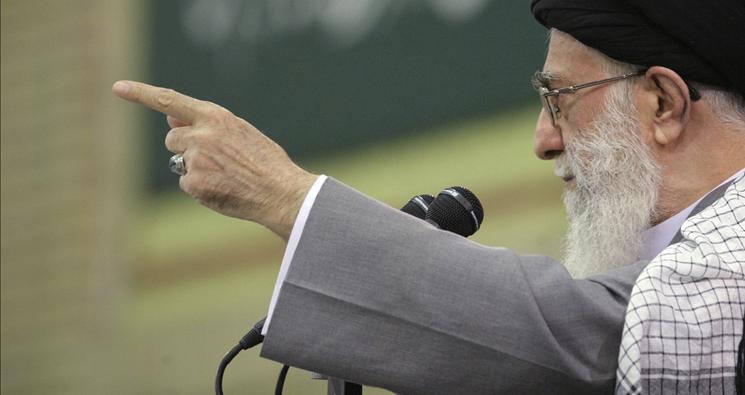 Iran Attempting to Root Out Christianity Pastor by Pastor: Staggering Truth about Persecution

Iran Attempting to Root Out Christianity

Christian persecution in Muslim nations is on the rise.

We see it in the case of American Pastor Saeed Abedini, but he is not the only Christian in chains for his faith.  In the Islamic Republic of Iran alone there are countless Christians imprisoned, facing charges or convictions for one crime, apostasy (essentially becoming a Christian in a radical Islamic nation).

The ACLJ’s international affiliate, the European Centre for Law and Justice (ECLJ), recently filed a submission in an international legal proceeding detailing Iran’s radical Islamic legal framework and the plight of specific Christians facing intense persecution for their faith.

As the ECLJ summarizes:

The Constitution of the Islamic Republic of Iran (“Constitution”) states that Islam (Twelver Ja’fari school of Islamic jurisprudence) is the nation’s official religion. Accordingly, all Iranian laws must be derived from and consistent with Islamic law. Even so, the actions of the Iranian government towards the Christian minority violate not only Iran’s Constitution, but numerous international treaty obligations to which Iran has solemnly agreed to be bound. Iran’s constitutional and treaty obligations require the Iranian government to provide a fair and public trial as well as various human rights protections, including freedom of religion and protections against torture. The Iranian government’s treatment of the Christian minority consistently violates these obligations.

How does Iran circumvent its own constitution and treaty obligations?  First, it claims that converts to Christianity aren’t really Christians deserving of any protections under the law.  Second, even though “apostasy” is not a codified crime, Iran makes judicial determinations according to radical Shariah law.  In fact, “Article 167 of the Constitution instructs judicial authorities to make their judgments based on ‘authoritative Islamic sources and authentic fatwa,’ rather than dismissing a case for lack of a codified crime or sentence.”  In other words, Iranian judges, like that of many radical Islamic nations operating under Shariah law, use the opinions and proclamations of radical clerics in determining that someone is an apostate and must be punished under Islamic law, and in an alarming number of cases even executed.  In short, Christian conversion is anathema to the Islamic regime.

As a result, “prosecutors often bring charges against Christians, asserting that their Christian activities amount to crimes such as ‘propaganda against the Regime’ and ‘acting against national security.’ The reality is, although Iran acknowledges constitutional protections, it fails to uphold them for its Christian community.”

Since 2005, when Mahmoud Ahmadinejad was elected president, “the rate at which Christians are arrested, interrogated, detained, and prosecuted in violation of their fundamental human rights has dramatically increased.”

Christian churches are monitored and their members are tracked by the government in order to “catch” Christian converts.  For example, in Iran, one must put their religion on any job application.  Thus, “Christian converts, who almost certainly have Muslim names, must choose either to risk exposure or are forced to lie on a job application regarding the truth of their faith.”  And when they are found out, they are often arrested or detained as a result.

The ECLJ report notes that according to the United Nations’ own figures, “over 300 Christians were arbitrarily arrested and detained between June 2010 and September 2012. In reality, this number is likely significantly under-reported as many Christians fear retribution and are threatened that if they report such arbitrary detentions, additional persecution will befall them or their family members.”

A 2012 report issued by U.N. Special Rapporteur on Human Rights in Iran, Ahmed Shaheed, details the intensity of the persecution faced by Iran’s Christians.  The report’s findings are based on interviews with 221 prisoners of conscience.  The results are staggering.

The U.S. State Department reports “disappearances; cruel, inhuman, or degrading treatment or punishment, including judicially sanctioned amputation and flogging; politically motivated violence and repression, such as beatings and rape; harsh and life-threatening conditions in detention and prison facilities, with instances of deaths in custody; arbitrary arrest and lengthy pretrial detention.”

Many nations of the world have recognized these disturbing facts.  In refugee proceedings, New Zealand has found that Christian converts “would be in very serious trouble” if forced to return to their Iranian homeland, and Australia has noted Christian converts face “serious harm” in Iran.  The ECLJ report notes that other nations such as Canada, Ireland, and the United Kingdom have also publicly recognized the worsening plight of Christians at the hands of the radical Islamic regime.

The individual stories of Christian persecution documented in this report are astounding.  Their stories deserve to be told.

American Pastor Saeed Abedini – a U.S. citizen who we at the ACLJ have been working around the clock and around the world to free – is probably the most well known individual facing persecution in Iran.  Last September, he was imprisoned in one of Iran’s harshest prisons because of his work years earlier with a house church movement.  Iranian authorities asserted that peaceably assembling to exercise the Christian faith undermines the national security of Iran.  He was convicted after a sham trial and sentenced to eight years in prison, where he currently suffers from abuse and torture.  You can learn more about his plight and the fight for his freedom at SaveSaeed.org.

In February 2012, Iranian authorities engaged in mass arrests of Christians including 10 from one church.  Even though they were members of a government recognized church, they were charged with such things as “evangelization” and “performing baptisms.”  Months later, each of these ten were released only after paying excessive bail.

Pastor Farshid Fathi, who we have previously written about, was arrested in December 2010 for his Christian faith, spending a large part of his imprisonment in solitary confinement.  He was charged because of his conversion from Islam and for practicing his faith.  An Iranian court convicted and sentenced him to six years imprisonment in April 2012.

Pastor Benham Irani, whose case we have also previously highlighted, was arrested for leading a house church in 2008.  It wasn’t until his trial that the judge raised an apostasy charge against him because of his conversion.  His sentenced was suspended, but later reinstated with another conviction in 2011, again for his Christian activities.  He was informed he would be forced to serve five years imprisonment for his “crimes”.  Like Pastor Saeed, he has sustained severe injuries in prison and has been refused medical treatment.

Ali Golchin was arrested for distributing Bibles in the Persian language.  He spent 87 days in solitary confinement in Evin prison, one of the worst prisons in the world, where he was blindfolded and beaten.  He was eventually acquitted and fled the country.

One positive resolution of a case is that of Pastor Youcef Nadarkhani.  He was arrested, convicted of apostasy, and sentenced to execution by hanging.  After a multi-year international campaign for his freedom, he was acquitted of apostasy and released, only to be rearrested on Christmas Day and forced to serve two more weeks in prison for his faith.  The ACLJ led a public advocacy campaign for his release including a social media campaign reaching over 3 millions Twitter accounts each day with news about his plight.  He is now free.  Yet, unfortunately, this is only one of a few cases with such a result.

Mehdi Dibaj experienced a similarly situation to Pastor Youcef in the 1980s and ‘90s.  After another pastor, Bishop Haik Hovsepian-Mehr publicized his death sentence, Dibaj was released.  Three days later, the bishop was found stabbed to death.  Thereafter, Dibaj disappeared and was found dead months later, all believed to be at the hand of the Iranian regime.

The ECLJ report also details the suspicious deaths of other Christian leaders such as Tateos Mikaelian, Reverend Arastoo Sayah, Bahram Deghani, and Reverend Mohammad Bagher Yousefi, the attempted assassination of Anglican Bishop Hassan Dehghani, and the 2005 murder of house church leader Pastor Ghorbani Tourani when his throat was slit.

It is unquestionable that persecution of Christians is on the rise, not only in Iran, but in other nations that have similarly adopted radical Islamic Shariah law.  With all the upheaval in Egypt and elsewhere in the Middle East, it is critical that we all remember these brave individuals.  As we freely practice our faith we should encourage our own leaders to truly stand up for religious liberty worldwide.