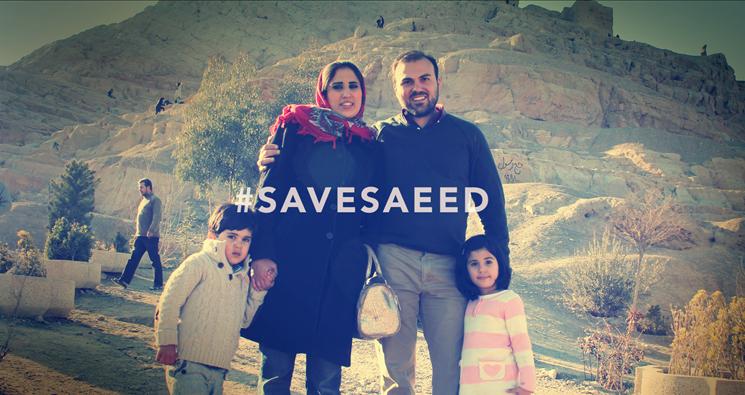 Day of Prayer For Pastor Saeed

As efforts continue to raise Pastor Saeed Abedini’s case at the United Nations and with world leaders to increase pressure on Iran to release the persecuted pastor, there is a new groundswell of grassroots support around the world.

The people, the citizens of the world, are raising up, decrying Iran’s human rights abuses, and demanding that Iran immediately release the 33-year-old U.S. citizen.

Tomorrow, June 13, 2013, an effort is being organized to peacefully demonstrate and assemble in front of Iranian embassies, consulates, and protectorates around the world.  Entitled “Standing together for Human Rights in Iran” the event, scheduled to be held at noon worldwide, aims to not only highlight Pastor Saeed’s plight but also highlight the larger issue of human rights violations in Iran.

The fact is the state of human rights, or more aptly the lack thereof, in Iran is abysmal.  People all over the world are taking a stand.  In fact, we have received over 600,000 signatures demanding Pastor Saeed’s release from individuals all across the globe at SaveSaeed.org.

Here in Washington, D.C. people will be gathering tomorrow at the Iranian Interests Section to peacefully assemble and highlight Pastor Saeed’s deplorable plight.  You can learn more about the event here.

Similar events are planned in front of Iran’s embassies in Hungary, Egypt, Sweden, Germany, and other nations.

The timing of these events aimed at highlighting human rights and Pastor Saeed’s case directly to Iranian officials comes as Iran prepares for its own elections next week.  It sends a powerful message at a time when Iran is listening.

As we have repeatedly said, Pastor Saeed is not the only person suffering as a prisoner of conscience in Iran; he is the face of persecution and Iran’s blatant violation of human rights.

You can learn more about the efforts, organized by Pastor Saeed’s wife Naghmeh, here.

At noon tomorrow, we urge you to join this effort, assemble, pray, and tweet with the hashtag #SaveSaeed.  It is time that the world hears the voice of the voiceless – that Iran hears the cry for freedom, human rights, and human dignity.