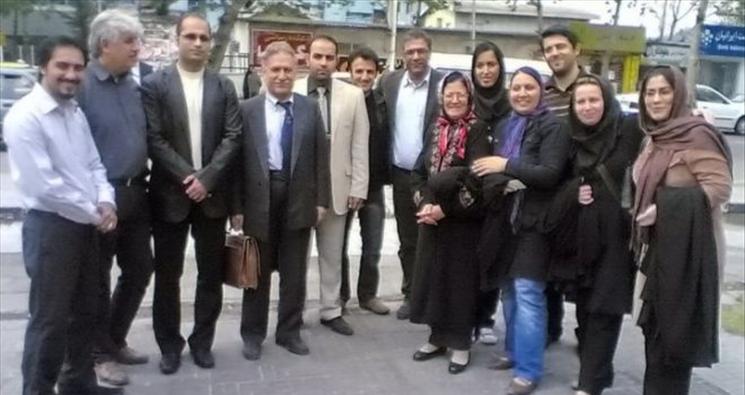 Christians Tried on Easter in Iran for Their Faith

12 Christians Tried in Iran for Faith

Pastor Youcef Nadarkhani is just one example of the rampant persecution of Christians going on around the world.

Now, there are new reports that another Christian Pastor, Reverend Matthias Haghnejad, has been tried in Iran for his faith. Even worse, eleven members of his Christian congregation, including his wife, were also tried and are now awaiting a verdict.

Iranian prosecutors charged these Christians with "crimes against the order," a charge often leveled as a cover for religious persecution in Iran. Jason DeMars, founder of Present Truth Ministries, who the ACLJ has been working with in support of Pastor Youcef, told the Christian Post that these charges were based on accusations of the Christians’ "activities like drinking alcohol while taking communion and holding illegal meetings." He also reported that at trial, "Their defense was that they were performing religious rituals that were protected by law."

During the course of the trial, the judge threatened that all of the Christians could be charged with "apostasy," a crime that carries the death sentence. This intimidation tactic is common among Iranian judges, but could lead to formal apostasy charges.

If there was any question that Iran is engaged in a pervasive campaign of fear, intimidation, and persecution against Christians, consider this: The court conducted the trial of these 12 Christians in Iran on Easter Sunday, outside the presence of their attorney.

As Fox News reported, their attorney Mohammad Ali Dadkhah, who is the brave Muslim attorney who represents Christian Pastor Youcef Nadarkhani, was unable to attend the trial when his flight from Tehran was cancelled due to heavy fog. Yet, the Iranian court proceeded with the trial, forcing the Christians to represent themselves.

Further, this is the second trial that these dozen Christians have faced for the same "crimes." As the Christian Post reported, they were first tried and acquitted in a different court in Bandar Anzali on the same charges. This time, the Iranian regime tried them in Rasht, Iran – in the same provincial court that convicted Pastor Youcef of apostasy and sentenced him to execution by hanging for his Christian faith.

This trial clearly violates Article 14(7) of the International Convention on Civil and Political Rights, to which Iran is a signatory, which clearly states, "No one shall be liable to be tried or punished again for an offence for which he has already been finally convicted or acquitted in accordance with the law and penal procedure of each country." But it is especially disconcerting that Iran chose the same provincial court that is known for issuing harsh sentences to religious minorities, including the death penalty for apostasy.

It was just over a year and a half ago, September 21-22, 2010, when Pastor Youcef was tried, convicted, and sentenced to death for apostasy by the same provincial court. We are working to ensure that the same fate does not await these twelve and other Christians in Iran and around the world.

While Pastor Youcef has become the face of persecuted Christians around the globe, it is important to remember that there is a rampant epidemic of brutal persecution of Christians worldwide, merely because they place their faith in Jesus Christ. This is what we at the ACLJ are battling every day. We will continue to bring you these stories and share ways you can get involved as we fight to defend the persecuted.

Please pray for all Christians facing persecution, and continue to Tweet for Youcef, the face of persecution.