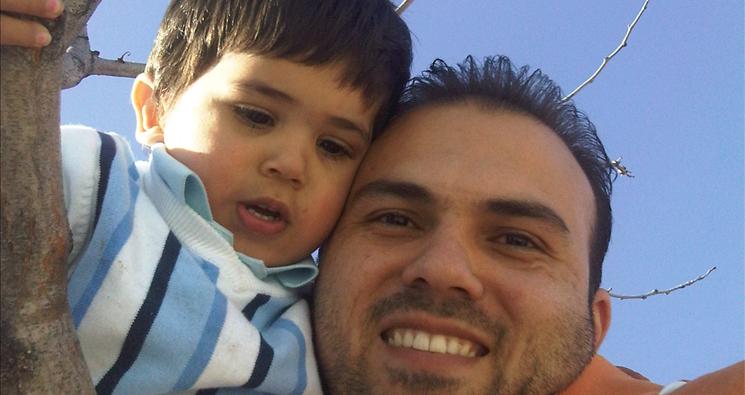 US Pastor Saeed Barred from His Trial

In a clear and continued blatant violation of human rights, Iran has continued the trial against American Pastor Saeed Abedini for his Christian faith today, but barred Saeed and his Iranian attorney from the courtroom.

Iranian prosecutors brought testimony against Pastor Saeed, attempting to force lay church leaders to testify against him before the infamous “hanging judge.”

Yesterday, we learned was the only day for Pastor Saeed to present a defense, but now he and his attorney have been shut out of the trial against him.

While the hearing was closed and Pastor Saeed and his attorney were not present, the ACLJ was able to confirm what occurred at the hearing through confidential first-hand sources who were present at the hearing. The ACLJ is not in a position to reveal the sources because of concern for their safety inside Iran.

Today, we confirmed that testimony was taken from one lay church leader about the individual’s connection to Pastor Saeed.  This individual was specifically questioned about converting to Christianity and whether Saeed encouraged the conversion to Christianity, which he did.  Additionally, the court asked for details about how Pastor Saeed has financed his multiple trips back to Iran to work on establishing an orphanage for children in need and whether any foreign funds were involved.

Responding to this news out of Iran, Pastor Saeed’s wife, Naghmeh, said,

We have exposed Iran's lie. Today, there was a confirmed hearing with a Christian believer who had worked alongside Saeed.  Saeed's judge, without Saeed or his lawyer present, questioned this individual about converting to Christianity, working with Saeed, and involvement in the house churches. The judge told this individual to expect a summons within a month to return to testify against Saeed. What was released by the Iranian media yesterday was clearly a lie.  As Saeed told me during one of our conversations, he suspected the regime planned to hold him in prison for a long time. This testimony today is further proof that Iran was just trying to silence the media and has no intention of releasing my husband anytime soon. We need to continue exposing Iran's violations of Saeed's human rights until my husband is safely back in my arms.

The continued lies and demand for more testimony in a month makes it clear that Iran has no intention whatsoever of releasing Pastor Saeed, allowing to him to return to the U.S., or even issuing a verdict any time soon.  Despite promises to Pastor Saeed’s lawyer yesterday by the court that a sentence could be expected next week and that bail would be granted, Iran has continued its lies and disinformation campaign to deflect attention from its abuse of this U.S. citizen for his faith.

Iran also demanded information on the state of the house churches today, even though Pastor Saeed has not been involved in the network of house churches he helped establish after his agreement with the Iranian government in 2009.

In a twisted irony, meeting in a house to worship isn’t illegal, even in Iran.  However the regime is attempting to make it illegal by claiming that the lawful act of worshiping in a house undermines Iranian national security.  Pastor Saeed has been charged with “intentionally” undermining national security – but how does the regime plan to prove his actions were “intentional” – by proving that establishing house churches, a lawful act, was done with the purpose of undermining the government.

The trial against Pastor Saeed is a sham, and a critical violation of human rights.  Yet, the U.S. State department has still refused to call for the release of this U.S. citizen.  Both Iran’s treatment of this man for his faith and our State Department’s lack of response in defense of this U.S. citizen are outrageous.

The ACLJ is continuing our global efforts to secure his release.  Help us return Pastor Saeed to his wife’s arms.  Please continue to sign the petition for Pastor Saeed’s freedom.  Time is of the essence.