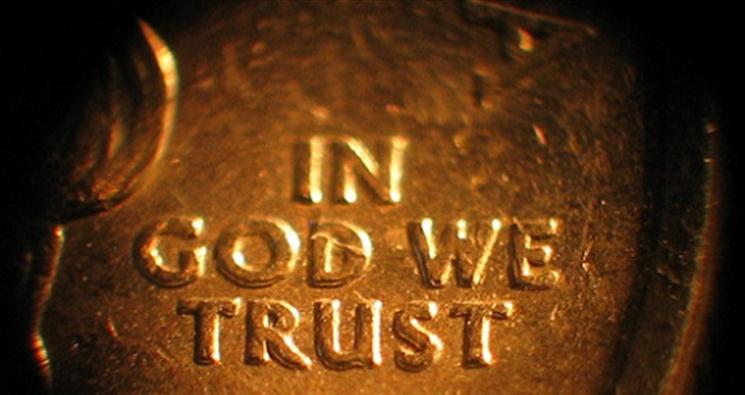 The Complete Idiot's Guide to Our Religious Heritage

Idiot's Guide to Our Religious Heritage

As one of America’s most radical atheists sues to remove the National Motto -- “In God We Trust” – from our currency, I thought I’d bring back two of my favorite blog posts from the Washington Post. I wrote these when American Atheists sued to remove the Ground Zero Cross from the 9/11 Memorial & Museum, and the posts help illustrate the extent of our nation’s religious heritage – and the radicalism of those who seek to erase that heritage. Please enjoy:

It is with the utmost urgency that I write this blog.

A group of atheists have filed a lawsuit to prevent the inclusion of the historic Ground Zero Cross at the 9/11 Memorial & Museum. We have learned from their lawsuit that they, “have suffered, are suffering, and will continue to suffer damages, both physical and emotional, from the existence of the challenged cross.” Atheists have reportedly endured cross-induced, “dyspepsia [upset stomach], symptoms of depression, headaches, anxiety, and mental pain and anguish.”

In order to ensure that atheists in America never again experience any of the aforementioned ailments, I need your assistance in writing “The Complete Idiot’s Guide to Protecting American Atheists.”

To help you get started, I’ve identified things that must be removed or altered immediately to rectify the government’s continued disregard for the hurt feelings of godless Americans.

-The Ground Zero Cross at the 9/11 Memorial and Museum.

-The National Motto: “In God We Trust”

-“Under God” in the Pledge of Allegiance

-The National Day of Prayer

-Original copies of the Declaration of Independence in the National Archives, which reference “our Creator” and “Nature’s God”

-The Chaplains Corps of each branch of the U.S. Military

-All “Religious” Artwork in the National Gallery of Art

-Surviving copies of  The National Anthem, which includes the phrase “In God is our trust”

-On the Lincoln Memorial are etched the word of the Gettysburg Address (“this nation, under God, shall have a new birth of freedom”) and his Second Inaugural Address (“with firmness in the right, as God gives us to see the right,”) which are replete with references to God

-The Jefferson Memorial’s dome includes this inscription about God, “I have sworn upon the altar of god eternal hostility against every form of tyranny over the mind of man.” There are other references to God in the memorial

-On the Tomb of the Unknowns at Arlington National Cemetery is inscribed, “Here rests in honored glory an American soldier known but to God”

-The federal courthouse containing the Court of Appeals and the Federal District Court for the District of Columbia contains a sculpture, which includes a cross and the Ten Commandments

-The metal gates on the north and south sides of the U.S. Supreme Court Courtroom contain the Ten Commandments, as well as the doors leading to the courtroom

-Inscribed on the wall of the Cox Corridors of the U.S. Capitol is the phrase “America! God shed his grace on Thee”

-The chamber of the U.S. House of Representatives features Moses.

-The Prayer Room of the U.S. Capitol contains the phrase “Annuit coeptis” (translated “God has favored our undertakings”) and the words of Psalm 16:1

-The House Chamber of the U.S. Capitol contains the National Motto “In God we trust”

-Inscribed in the Senate Chamber of the U.S. Capitol are the phrase “Annuit coeptis” (translated “God has favored our undertakings”) and the National Motto “In God we trust”

-The U.S. Constitution itself references “Year of our Lord”

-Zorach v. Clauson, 343 U.S. 306 (1952), where the Supreme Court declared, “We are a religious people whose institutions presuppose a Supreme Being”

Please leave your additions to "The Complete Idiot's Guide to Protecting American Atheists" in the comments section below.

In response to my request for comments, new suggestions poured in:

Less than two weeks ago, I asked you to assist me in finalizing “The Complete Idiot’s Guide to Protecting American Atheists.” As you know,American Atheists continue to suffer from Ground Zero cross-induced, “dyspepsia [upset stomach], symptoms of depression, headaches, anxiety, and mental pain and anguish.”

You immediately grasped the urgency of my request and submitted your well thought out additions to the Guide in a most timely manner. Below, you will find “The Updated Complete Idiot’s Guide to Protecting American Atheists 2.0,” updated with suggestions from commenters.

We no doubt have failed to identify every possible thing that must be removed or altered to correct the government’s malicious disregard for the hurt feelings of godless Americans. But, if we successfully remedy all the government-sponsored wrongs listed in this updated guide, we will be well on our way to protecting atheists from references to America’s religious history and Judeo-Christian heritage.

In fact, American Atheists have acknowledged the accuracy of the guide. One commenter on the American Atheists’ blog writes, “I have to agree with almost every item in the list in the article.”

For your ease of use, everything in the updated Guide is categorized and acknowledges the hardworking patriots who contributed. Everything that appeared in Guide 1.0 is italicized:

Songs with religious references such as The Star-Spangled Banner, America the Beautiful, God Bless America and official songs for each branch of the U.S. Armed Forces (r8arnhart, HUACNOW)

Public references to Martin Luther King, Jr.’s “I Have Dream” speech that include the quote, “Thank God Almighty, we are free at last.” (sofsu)

Copies of the Mayflower Compact, which mentions God numerous times, are found in public museums and libraries across America (ag1986)

Any official documents containing “A.D.” dates, which refer to the Latin term “Anno Domini” (In the year of our Lord) (nesquire)

President John Adams wrote, “Our Constitution was made only for a moral and religious people.”

Jefferson’s Bible displayed at the Smithsonian

National Motto - “In God We Trust”

Pledge of Allegiance - “under God”

Declaration of Independence - “our Creator” and “Nature’s God”

National Anthem - “In God is our trust” (HUACNOW)

The Library of Congress Bible Collection with “1,500 editions of the Bible in more than 150 languages”

The National Park Service has designated St. John’s Church, where Patrick Henry delivered his “Give me Liberty, or Give me Death” speech, as a National Historic Landmark.

Tomb of the Unknowns - “American soldier known but to God”

Prayer room of the U.S. Capitol

Ground Zero Cross at the 9/11 Memorial and Museum

A steel covered World War II Bible displayed at the National Museum of American History which was originally advertised to “protect from bullets” when carried in one’s pocket on the battle field.

Religious artwork in the National Gallery of Art

Cox Corridors of the U.S. Capitol - “America! God shed his grace on Thee”

Jefferson Memorial’s dome - “sworn upon the altar of God”

Cap of the Washington Monument - “Laus Deo [Praise be to God]”

Senate Chamber - “In God we trust”

Many state constitutions that reference God, such as the Massachusetts Constitution that declares that, “the encouragement of arts and sciences, and all good literature, tends to the honor of God, the advantage of the Christian religion, and the great benefit of this and the other United States of America.” (jinxmchue, HUACNOW)

City names with Biblical or Christian significance, such as Bethlehem, PA (birthplace of Christ), Corpus Christi, TX (Latin for “the body of Christ”), Los Angeles, CA (meaning “the angels”), Philadelphia, PA (mentioned in Revelations as a city with a godly church), Providence, RI (providence assumes a God that cares about mankind), Sacramento, CA (meaning “the holy sacrament”), Salem, OR (from the Hebrew term for “peace with God”), Santa Fe, NM (meaning “holy faith”), and Bethesda, MD (named after the Presbyterian church in the area). (peterschamberlain, Chris Prevas)

The use of the Bible for the presidential inauguration and prayers offered during the inauguration. (renia216)

Judicial oaths sworn by court witnesses often invoke God or the Bible. For example, witnesses in Pennsylvania courts are required to place their hand on a “Holy Bible” and swear “by Almighty God, the searcher of all hearts, that I will, and that as I shall answer to God at the last great day.” (renia216)

Washington’s Inaugural Prayer, which references God as the “Divine Author of our faith.” (Way4JC)

The Chaplains Corps of each branch of the U.S. Military

House and Senate Chaplains who open each day in prayer

There you have it.  This (incomplete) list from almost 18 months ago helps demonstrate the breadth of our religious heritage.  America was founded by – and is still inhabited by – a deeply religious people with a distinct Judeo-Christian heritage.  That’s simply a fact, and one does not “establish” a religion by acknowledging our actual history and culture.