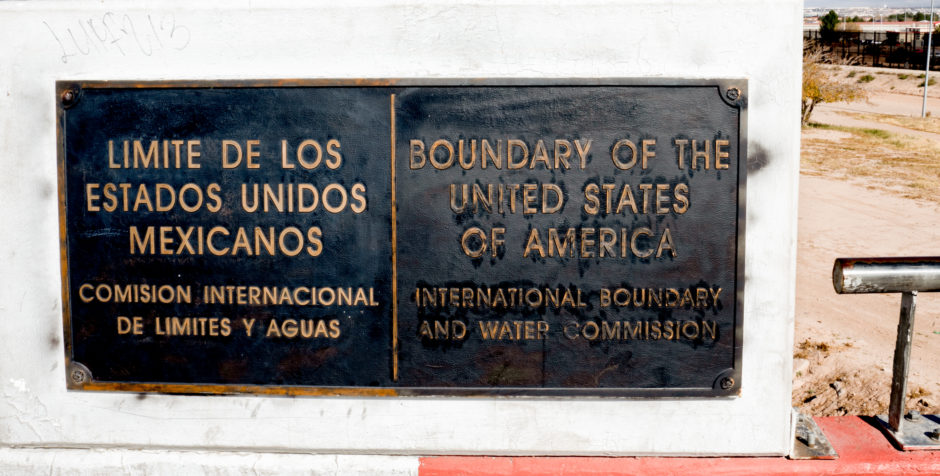 Two Things About the Shutdown and Border Security

As the government shutdown enters its second month, congressional Democrat leadership still remain intransigent on reaching a compromise that would open the government and also provide funding for some type of barrier on the U.S. border with Mexico.  Meanwhile, thousands of people in at least two different caravans are making their way from Central America to the U.S. border.  Some 800,000 federal workers are about to miss their second paycheck in a month.

As I mentioned in a post on the ACLJ website a month ago, the issue of border security is a moral issue.  Human traffickers who ply their trade across our southern border where young women are forced into the sex industry, and men and women are put into forced labor situations, make this a moral issue.  The drug cartels who take advantage of our porous border, while thousands of U.S. citizens die annually from overdoses and drug-related gun violence, are also indicative of the moral implications of this matter.  MS-13 gangs crossing the border and living in the shadows in our country where they terrorize communities, including especially immigrant communities, clearly point to the moral ramifications of border security.  The case can be made that national security also makes border security a compelling moral issue.

The issue of border security and immigration in general is not new.  It has been debated for decades.  Occasionally Congress has actually done its job and passed meaningful legislation pertaining to both immigration reform and border security.  Here are two things you need to know about the ongoing stalemate.

Democrats do not like President Trump, generally.  But their loathing of our President has become an obstacle to their responsibilities to the American people.  Their personal opinions are clouding their professional judgement and damaging their credibility. Their objections to President Trump’s requests ring hollow and untrue in light of their voting records and positions they took previously regarding border security and immigration.  Hundreds of thousands of Americans are going without a paycheck so the Left can make a political point.  This is shameful.  The American people deserve better.

Negotiation and compromise is the only way to bridge this impasse.  It is what legislators are supposed to do.  It is time for Democrats to negotiate and compromise with the President, something he is willing to do.  To do otherwise is indefensible and unfair to the people of the United States, as well as to the people who congregate along our borders seeking a better life.