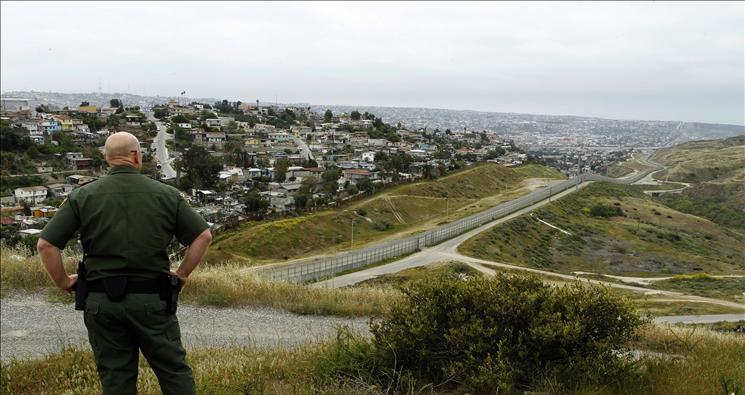 SCOTUS on AZ Immigration: State Sovereignty is the Issue

State Sovereignty is Issue at SCOTUS

The Supreme Court’s decision in Arizona v. United States represents an important victory for Arizona and proponents of the States’ authority to protect their borders and citizens when the federal government fails to do so. Granted, the Court’s holding that some of the Arizona law (SB 1070)’s provisions are preempted by federal immigration policy is disappointing (for the reasons Justice Scalia explained in his dissenting opinion). But, the Court’s holding that the immigration status check provision (Section 2(B)) is not preempted by federal law represents an important rejection of the position that States are powerless to counteract the negative impact that illegal immigration has on their citizens when the President, Attorney General, or other federal Executive Branch actors choose not to enforce, or to otherwise disregard, duly enacted federal immigration laws.

Summary of Section 2(B) and the Court’s Decision

Section 2(B) of SB 1070 states that, “[f]or any lawful stop, detention or arrest” made by Arizona law enforcement officers, “where reasonable suspicion exists that the person is an alien and is unlawfully present in the United States, a reasonable attempt shall be made, when practicable, to determine the immigration status of the person.” Section 2(B) also states that “[t]he person’s immigration status shall be verified with the federal government pursuant to 8 U.S.C. section 1373(c),” which requires the Immigration and Nationalization Service to verify the citizenship or immigration status of any individual when requested to do so by state or local law enforcement agencies.

In addition, if the lawful status of an arrested person cannot be presumed or determined, the status verification must occur “before the person is released.” A person is presumed to be lawfully present if he presents a valid Arizona driver’s license, tribal identification, or identification from any unit of government in the United States that requires proof of lawful presence. Section 2(B) expressly states that law enforcement officers “may not consider race, color or national origin in implementing the requirements of this subsection except to the extent permitted by the United States or Arizona Constitution.”

The Department of Justice (DOJ) argued that Section 2(B) conflicted with federal law enforcement objectives for two reasons: 1) The provision requires immigration status checks in some situations that the Attorney General would not likely have the individual removed; and 2) The provision could justify prolonged detentions while status checks are conducted. The Court rejected these arguments, noting that Arizona law enforcement officers generally contact Immigration and Customs Enforcement (ICE), which is required by federal law to respond to requests made by state officials to verify an individual’s immigration or citizenship status and operates a support center for this purpose 24 hours a day, 7 days a week. Slip op. at 19-20. In addition, the Court concluded that hypothetical concerns that prolonged detentions may be authorized under Section 2(B) were premature, as Section 2(B) could be interpreted to avoid those concerns. The Court stated, “[h]owever the law is interpreted, if § 2(B) only requires state officers to conduct a status check during the course of an authorized, lawful detention or after a detainee has been released, the provision likely would survive pre-emption—at least absent some showing that it has other consequences that are adverse to federal law and its objectives.” Slip op. at 23.

Justice Scalia concurred in the decision to uphold Section 2(B) but dissented from the Court’s decision to invalidate other provisions of the law. He stated that the majority opinion “deprives States of what most would consider the defining characteristic of sovereignty: the power to exclude from the sovereign’s territory people who have no right to be there. Neither the Constitution itself nor even any law passed by Congress supports this result.” Slip. op. at 1 (Scalia, J., dissenting in part). He said that accusing Arizona of contradicting federal law by enforcing provisions that the President declines to enforce “boggles the mind.” Id. at 21. Justice Scalia also noted that the States would not have agreed to ratify the Constitution if it included a provision that prevented the States from taking action to defend their borders if the President declined to enforce immigration laws. Id. at 21-22.

Scholars, pundits, and politicians from all corners are sure to spin the Court’s decision in various ways, but the importance of the Court’s holding concerning Section 2(B) cannot be denied. It not only affirms a level of State sovereignty to enact provisions like Section 2(B), but it also (at least indirectly) reestablishes that Congress, not the Executive Branch, is the ultimate source of federal immigration policy.

Opponents of SB 1070 essentially argued that any State provision (including the entirety of SB 1070) that seeks to enforce federal immigration law, or to otherwise protect States from the harmful effects of large-scale illegal immigration, is necessarily preempted by federal law. This is especially true if the Attorney General or the Department of Justice claims that the State provision undermines the Executive Branch’s decision to under-enforce (or not enforce) federal statutes, even where the State provision is identical to, or otherwise mirrors, federal statutes. Under this view of preemption, the Executive Branch may effectively wrest de facto control of immigration law from Congress by both adopting a policy of under-enforcement or non-enforcement of federal statutes and actively fighting any State attempts to pursue Congress’s stated goals.

If the Court had adopted this simplistic if-then approach to preemption (if the DOJ opposes a State law that touches upon some immigration matter, citing law enforcement concerns, then it must be preempted), State efforts to mitigate the deleterious effects of the federal government’s failure to combat illegal immigration could be ground to a halt. Importantly, the Court’s decision upholding Section 2(B) rejected DOJ’s claim that a conflict between a State law and the Attorney General’s preferences is necessarily a conflict with federal law for purposes of preemption. This may (and should) have major implications for the inevitable future battles over State provisions that mirror federal statutes that the Executive Branch objects to.

As a basis for a preemption argument, DOJ stated that, under Section 2(B) “the officers must make an inquiry even in cases where it seems unlikely that the Attorney General would have the alien removed. This might be the case, for example, when an alien is an elderly veteran with significant and longstanding ties to the community.” Slip. op. at 21. The Court responded by stating, “Congress has done nothing to suggest it is inappropriate to communicate with ICE in these situations, however. Indeed, it has encouraged the sharing of information about possible immigration violations. . . . The federal scheme thus leaves room for a policy requiring state officials to contact ICE as a routine matter.” Id. In other words, an Executive Branch preference that ICE not be contacted for an immigration status check in certain situations does not establish a conflict, for purposes of preemption, between a state law requiring ICE to be contacted and federal statutes encouraging such contacts.

The Court’s decision in Arizona v. United States is just one chapter (albeit an important one) in the ongoing story of how the federal, state, and local governments wrestle with the hot button issue of illegal immigration. Importantly, the Court did not carve the States out of the story entirely by adopting a blanket rule that whatever the Executive Branch says in informal memos or court documents about a State provision represents federal “law” with preemptive power.

In light of the Court’s decision, States will continue to enact provisions that are designed to remain consistent with federal statutes while mitigating the problems caused by the federal government’s failure to adequately address illegal immigration. The Executive Branch will likely continue to attempt to elevate its (often unwritten) policy of under-enforcement or non-enforcement of federal immigration statutes to the level of federal “law” that would create a conflict between state statutes and identical, or nearly identical, federal statutes. The courts will continue to interpret the fine line between federal law that preempts state law and mere Executive Branch preferences that do not. That the States remain major players concerning this issue is a big defeat for the Executive Branch and its attempt to effectively rewrite immigration law through non-enforcement and litigation against the States.

This article is cross-posted at SCOTUSBlog.com.