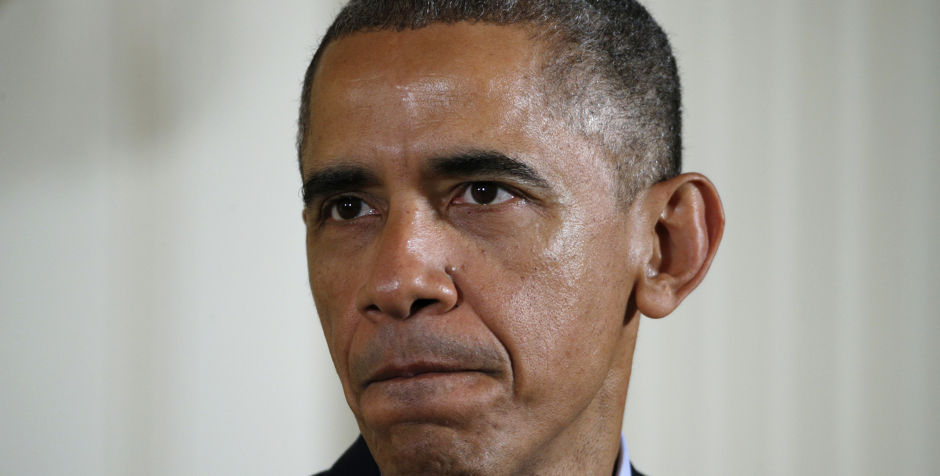 Immigration, Executive Imperialism, and the Myth Of Gridlock

If you’ve heard it once, you’ve heard it a thousand times — divided government means “gridlock.” With Congress in the hands of one party and the presidency in the hands of the other, nothing gets done. In fact, there’s an argument that voters see this alleged “gridlock” as a feature of divided government, where the branches of government act as checks on each other, restraining the most extreme legislation and requiring consensus to govern.

But recent history shows this notion is utterly false, and empirically so. With the explosive growth of the regulatory state, the practical result of divided government — so long as the parties maintain a high degree of unity and neither party is willing to entertain true brinksmanship — is a one-way ratchet of expanding government power, concentrated in the executive branch.

Putting aside immigration for the moment, during President Obama’s first term, his executive branch enacted more than 13,000 new “final rules,” an increase of 5 percent over President Bush’s second term (yes, the government promulgated regulations at an alarming rate under President Bush as well). These rules, which have an impact on different aspects of virtually every American’s lives, are passed with minimal public attention and minimal public consent. Is there a U.S. citizen alive who has the time or knowledge base to monitor and understand 5 percent (or even 1 percent) of these regulations? And these statistics don’t even include any given agency’s less-formal actions, where they use their discretion to target disfavored groups, such as — for example — the IRS’s recent decision to pursuelarge-scale audits of adoptive families.

Compounding the problem, the Supreme Court has long granted these same rule-making discretion to “agencies’ constructions of the scope of their own jurisdiction.” In other words, the courts don’t necessarily see themselves as the prime check on an aggressive executive, especially when the regulatory action isn’t seen to impact individual, constitutional rights.

Thus, unless congressional supermajorities exist, the executive branch maintains and exercises a relatively free hand to regulate, stretching enabling statutes to their absolute breaking point in an effort to enact a president’s agenda.

The Obama immigration action takes this one step farther. As Andy McCarthy ably demonstrates, his new immigration action isn’t an exercise of prosecutorial discretion but rather a grant of substantive rights — a grant that flies in the face of the Constitution’s Presentment Clause, which requires bicameral action on legislation followed by presentment to the president for his signature.

There are, of course, numerous ways to overturn executive orders. What is done by a president’s pen and phone can be undone by another president’s pen and phone, Congress can pass legislation even over presidential vetoes, and — if standing exists and the proper case is presented to the courts — a federal court ruling can be effective. But note the practical difficulties in each course of action. Winning presidential elections is no easy task, nor is exercising the political will to revoke substantive rights granted to millions of individuals who have by that time ordered their lives around the executive order’s existence. Congressional supermajorities are elusive (to say the least). And court action is unpredictable, at best.

We end where we began: With the reality that divided government actually empowers executive authority — unless Congress is truly willing to defund the executive branch’s unlawful action. That is one thing Congress can do without presidential action. The president cannot force Congress to appropriate one dime of money to fund his immigration actions.

But is the Republican majority prepared to engage in that level of brinksmanship, with a president unlikely to sign any spending authorization that doesn’t include money for his immigration program? It is interesting that congressional leadership has been so quick to insist that there will be “no shutdowns.” The chattering classes would undoubtedly disapprove, but would voters? The most recent election results show that shutdowns are hardly fatal to Republican hopes, and public perceptions here — involving an unconstitutional and unpopular presidential action — favor Republicans far more than battles over budget numbers.

I have no doubt that the vast majority of Republican lawmakers are deeply dismayed by the president’s lawless acts. We’ll soon see how deep that dismay truly is.