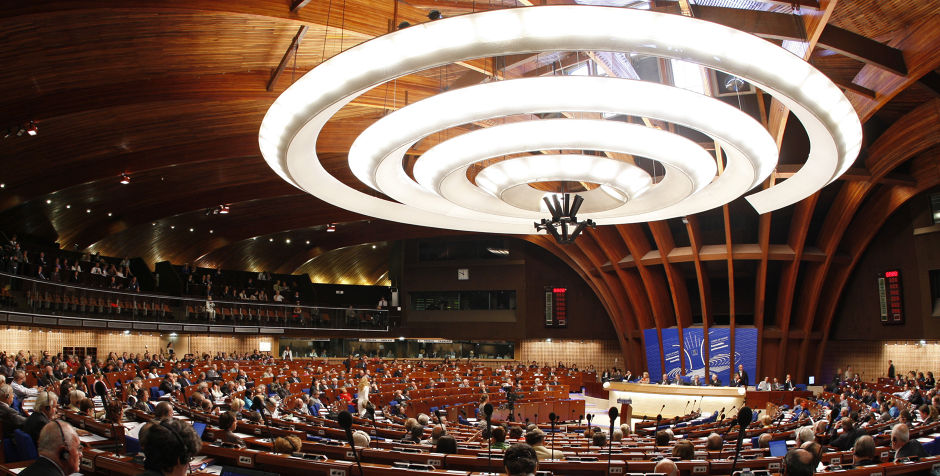 Earlier this week, the Parliamentary Assembly of the Council of Europe voted nearly unanimously to declare that ISIS – the Islamic State – is committing genocide and other serious international crimes.

This is a major step in the right direction toward protecting Christians and other religious minorities in the region.  We have been arguing that ISIS has been committing genocide for months alongside other international political, legal, and faith-based leaders.

The resolution recognizes that “individuals who act in the name of the terrorist entity which calls itself Da’ish” (ISIS) “have perpetrated acts of genocide and other serious crimes punishable under international law.”  In this resolution, entitled “Foreign fighters in Syria and Iraq” 2091 (2016), the Assembly continues, “States should act on the presumption that Da’ish [i.e. ISIS] commits genocide and should be aware that this entails action under the 1948 United Nations Convention on the Prevention and Punishment of the Crime of Genocide” (§2). The Assembly also “recalls that under international law States have a positive obligation to prevent genocide, and thus should do their utmost to prevent their own nationals from taking part in such acts” (§ 3).

The Assembly calls on its 47 Member States as well as on its observer and partner’s States (including Mediterranean States) to, among other things, “fulfil their positive obligations under the 1948 United Nations Convention on the Prevention and Punishment of the Crime of Genocide by taking all necessary measures to prevent genocide”.

The amendment providing for the recognition of the genocide has been largely supported, adopted by a vote of 109 to 6 (among which 3 are Turkish MPs).

The “crime of genocide” has a precise definition in international law: it concerns crimes “committed with intent to destroy, in whole or in part, a national, ethnical, racial or religious group”. It is therefore evident that Christians and Yazidis are victims of genocide in Iraq and Syria.

According to international law, the recognition of a “crime of genocide” imposes on the States and the International community the obligation to act in order to prevent it, to defend attacked communities and to judge and punish those responsible. The attempt, conspiracy, and incitement to commit genocide is also punishable under international law. Thus, any individual, organization or state, wherever they might be – including Europe and in the US – should be criminally prosecuted as soon as they publically encourage these crimes or are accomplices of them.

The recognition of the genocide is therefore a first fundamental step toward action from the international community to stop the genocide.

Pieter Omtzigt, the Rapporteur of the Committee on Legal Affairs and Human Rights, who advocated for the recognition of the “genocide” explains that this recognition is important because the 1948 UN Convention on genocide puts the obligation on countries to take measures to stop the genocide. “One of the measures countries must take is preventing their own citizens from travelling to Raqqa and becoming a member of the organization that commits genocide”. Omtzigt continues, “In a number of European countries membership of a terrorist organization (like Da’ish) is an offense and the authorities can send people to prison for just that.” Therefore, the recognition of the genocide not only put duties on the State to fight against this terrorism, but also facilitates this action.

On February 4th, the European Parliament (the Parliament of the Brussel’s European Union) will vote on the same issue. During the recent debate over “the systematic massacre of religious minorities by the ‘Islamic state’ group”, the High Representative for the European Union for foreign affairs, Mrs. Federica Mogherini, refused to use the term of genocide.

Some governments and Parliaments already recognized this genocide.

The time has come for the European Institution and the United Nations to do the same.

The ACLJ and its international affiliates, including the European Centre for Law and Justice (ECLJ), continue working on Capitol Hill, at the United Nations, and around the world to protect persecuted Christians and end ISIS’s historically evil genocide.  Sign our petition today.