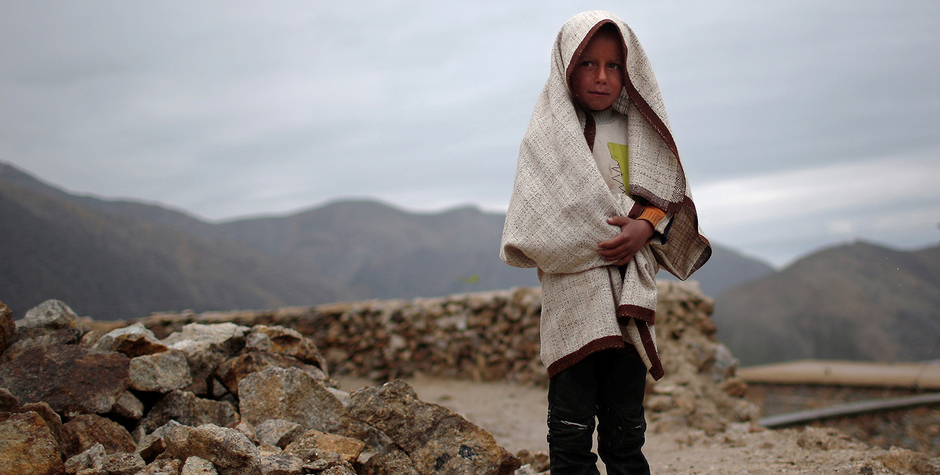 It’s Time the U.S. Military Step Up the Fight Against Child Sexual Abuse in Afghanistan

Time for the Military to Fight Sexual Abuse

Young boys dress up like women and are forced to dance for older men.  The boys are then auctioned off as sex slaves to the highest bidder – forced to endure years of rape, sexual abuse, and slavery at the hands of their masters.  And now, the latest reports reveal that the Taliban are using these child sex slaves to mount insider attacks against Afghan police officers.

Yahoo! News has more of the disturbing details:

The Taliban over nearly two years have used them to mount a wave of Trojan Horse attacks -- at least six between January and April alone -- that have killed hundreds of policemen, according to security and judicial officials in the province.

"The Taliban are sending boys -- beautiful boys, handsome boys -- to penetrate checkpoints and kill, drug and poison policemen," said Ghulam Sakhi Rogh Lewanai, who was Uruzgan's police chief until he was removed in a security reshuffle in April amid worsening violence.

"They have figured out the biggest weakness of police forces -- bacha bazi," he told AFP.

The assaults, signifying abuse of children by both parties in the conflict, have left authorities rattled, with one senior provincial official who echoed Rogh Lewanai's view saying "it's easier tackling suicide bombers than bacha attackers".

For too long, the U.S. Military has looked the other way as hundreds of young boys are sexually enslaved and tortured.  That’s why we submitted legal documents to the U.N. months ago.

As we previously reported,

The statement, which was filed with the U.N. Human Rights Council, urges the United Nations to “take action and condemn policies that ignore the plight of the abused boys of Afghanistan and prohibit intervention.”
Specifically, our legal filing condemns all non-intervention policies, which have allowed bacha bazi to go unchecked for so long.  In the name of cultural tolerance and military strategy, the international community has ignored the blatant sexual abuse and human trafficking surrounding bacha bazi, because the main perpetrators are potential allies in the War on Terror.  Yet such action not only flies in the face of international human rights norms, but it is also counterproductive.

In our statement to the U.N. we discuss the consequences of ignoring bacha bazi:

“Bacha bazi has political and international ramifications because of who participates in the practice. The Pashtun warlords, who are the main opponents of the Taliban in Afghanistan, are the primary perpetrators of this atrocity. This makes the general population more likely to sympathize with the Taliban, because the Taliban is less likely to take their teenage boys and abuse them sexually.  Because the

Such non-intervention policies, which are intended to respect the cultural practices of the Afghani people and foster good will, however, merely alienate the Afghani people who see the International Community providing support and protection to the men who are abusing Afghani children.”

We went on to testify before the U.N. Human Rights Council weeks later.

Now, Rep. Duncan Hunter – who we worked with to get Sergeant First Class Charles Martland exonerated when he was threatened with expulsion for saving a young Afghan boy from sexual abuse – has written a letter to Secretary of Defense Ash Carter demanding the U.S. Military act without delay to stop this abuse and protect young children.

The letter details the case of SFC Martland and urges Secretary Carter to act quickly:

While I recognize that separate reviews into this matter are ongoing, I remain concerned with new reports that the Taliban is increasing its use of these children to access security positions and mount insider attacks against Afghan military and police forces. This also poses a direct threat to U.S. service personnel. …

According to reports, the Taliban is now regularly turning to child sex slaves to initiate insider attacks against Afghan forces. In fact, one report cites at least six attacks between January and April that killed “hundreds” of Afghans.  This is concerning given our interests in Afghanistan, but it also requires serious attention due to the presence of U.S. forces and their ongoing mission to train, assist and advise the Afghan National Defense and Security Forces.

Not accounting for any recommendations that might come from ongoing reviews, it is my belief that we can begin taking immediate steps to stop child rape from occurring in the presence of U.S. forces and reduce any risk of coinciding insider attacks. This includes imposing a zero-tolerance policy and ensuring service personnel are not discouraged from reporting cases…

We MUST begin taking immediate steps to stop child rape from occurring in the presence of U.S. forces.  It is a moral imperative.  And with these latest reports, it’s directly tied to the security of our troops.

This is why we are working diligently on Capitol Hill to ensure the U.S. government is doing all it can to empower our troops to stop this evil.

Take action with us to stop this horrifically evil practice and sign our petition (below and at) BeHeardProject.com.