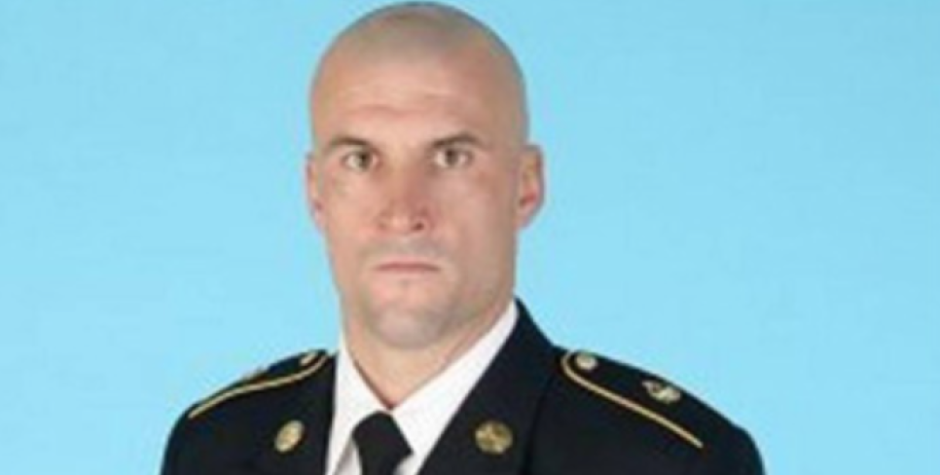 There has just been a disturbing development in the case of a soldier – a war hero – who is facing removal from the military for defending a child from abuse.

Green Beret Non-Commissioned Officer Sergeant First Class (SFC) Charles Martland needs you to speak up for him now more than ever after the Army Human Resources Command has recommended that he be kicked out of the Armed Services.  Though this recommendation is not final, it is a significant setback in the fight for his reinstatement.

Sergeant Martland is the Green Beret war hero who took decisive action to save a child from sexual abuse in Afghanistan.

As we previously outlined, the facts leading to SFC Martland’s impending removal from the Army are disturbing.  SFC Martland acted valiantly to defend a child from sexual abuse at the hands of an Afghan commander.  In the words of SFC Martland: “We felt a moral obligation to act.” Yet, for his actions, he was immediately pulled from the battlefield and this decorated war hero is now facing  expulsion from the military.

Members of Congress have asked for our help in sharing this story with the public and garnering support for the decorated Green Beret.

We sent an important legal letter to the Secretary of Defense laying out the damage incurred on our Armed Forces by this action against Martland in addition to the legal foundations demanding his reinstatement and continued service in the U.S. Military.

The Army's actions thus far against Martland are contrary to U.S. law – plain and simple. More than that, they're contrary to moral and natural law that formed the foundations of our republic and have kept the United States the shining city on a hill for all the world to see.

Our office on Capitol Hill continues to work with Congressman Duncan Hunter, who just yesterday sent a letter to Senator Pat Roberts detailing the latest developments in Sergeant Martland’s case.

For [his heroic actions], Martland was removed from the outpost and faced reprimand.  He later was allowed to reenlist, only to face a Qualitative Management Program review board in February 2015.  The Army argued that the black mark on his record, which states he assaulted “a corrupt Afghan commander” is cause to expel him from duty, despite the fact that he has the full support of his command and immediate leadership. In fact, the Department of Defense Inspector General reported to me that, “personnel [are] very supportive of the Sergeant and his efforts to remain in the U.S. Army…” And there continue to be efforts within his command to not “inadvertently hamper his efforts.”  This was in response to an alleged gag order put on Martland and his fellow soldiers.

Importantly, Martland was permitted to resubmit an appeal to the QMP decision after his first appeal was denied outright.  And recently, a decision within Army Human Resources Command recommended that the Army uphold the judgment that Martland be removed from service, although a final decision has yet to be made about his future. . . .

The Afghan justice system continually failed to uphold individual human rights, and we would expect any of our elite warriors to protect a child from a known and admitted rapist.

We will not stop standing up for Sergeant Martland’s heroic actions until he is fully reinstated and given the honor and respect he deserves by our U.S. government and military.  Those who fought alongside him realize it.  Members of Congress realize it.

Join us in signing our petition to show that hundreds of thousands of Americans also stand with Sergeant Martland for standing up for what is right.