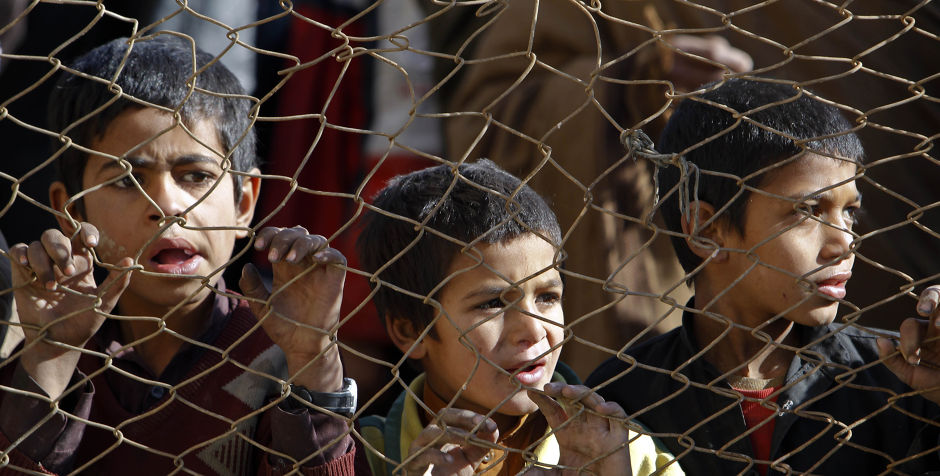 Fighting the Sexual Abuse at the UN

Young boys are dressed up like women and forced to dance for older men.  The boys are then auctioned off as sex slaves to the highest bidder – forced to endure years of rape, sexual abuse, and slavery at the hands of their masters.

In a word, it’s torture.  Sexual torture.  At the ACLJ, we’re taking direct action.  Yesterday we filed critical legal documents at the United Nations (U.N.) demanding an end to this grotesque practice.

Yet the horror described above is just the tip of the iceberg of the twisted world that is Afghanistan’s ancient tradition of bacha bazi – which translates to “boy play.” The practice, which has been present for centuries in Afghanistan, is once again rampant in the war-torn country, with some intelligence reports claiming 1 in every 10 Afghan boys are victims of the abhorrent practice.  Perpetrators span all facets of society, including high-ranking officials in the government and security forces, and are allowed to systematically rape and traffic young boys with virtual impunity.

Bacha bazi was first brought to our attention as we began advocating for Sergeant First Class (SFC)  Charles Martland, a member of the U.S. military who could be expelled from the Army any day now for standing up to an Afghan Commander who was blatantly sexually abusing young boys as he worked on a U.S. military base.

After uncovering the massive scope of the practice, we knew that our advocacy could not be limited to SFC  Martland.  So we have now broadened our efforts to fight for the protection of the boys of Afghanistan on the international stage.

Yesterday, through our European affiliate – the European Centre for Law & Justice (ECLJ), which has consultative status at the U.N. – filed legal documents with the U.N. urging action on behalf of the thousands of sexually abused boys in Afghanistan.  The statement, which was filed with the U.N. Human Rights Council, urges the United Nations to “take action and condemn policies that ignore the plight of the abused boys of Afghanistan and prohibit intervention.”

Specifically, our legal filing condemns all non-intervention policies, which have allowed bacha bazi to go unchecked for so long.  In the name of cultural tolerance and military strategy, the international community has ignored the blatant sexual abuse and human trafficking surrounding bacha bazi, because the main perpetrators are potential allies in the War on Terror.  Yet such action not only flies in the face of international human rights norms, but it is also counterproductive.

In our statement to the U.N. we discuss the consequences of ignoring bacha bazi:

Bacha bazi has political and international ramifications because of who participates in the practice. The Pashtun warlords, who are the main opponents of the Taliban in Afghanistan, are the primary perpetrators of this atrocity. This makes the general population more likely to sympathize with the Taliban, because the Taliban is less likely to take their teenage boys and abuse them sexually.  Because the international community is trying to support the Pashtun’s efforts and not alienate them, they are either overlooking the plight of the boys who are being used in this way, or are unaware.

Such non-intervention policies, which are intended to respect the cultural practices of the Afghani people and foster good will, however, merely alienate the Afghani people who see the International Community providing support and protection to the men who are abusing Afghani children.

Filing this statement at the United Nations is only our first step.  In March, we are speaking out against this practice before the U.N. Human Rights Council.  We continue working on Capitol Hill to defend SFC Martland and are fighting to ensure U.S. policy allows our men and women in uniform to stop bacha bazi, which robs young boys of their childhood and subjects them to unimaginable horrors.

The famous saying, “The only thing necessary for the triumph of evil is for good men to do nothing,” has prescient power here.  We must do something to end bacha bazi. If we don’t stand up for the innocent boys of Afghanistan, who will?

Take action with us to stop this horrifically evil practice and sign our petition (below and at) BeHeardProject.com.