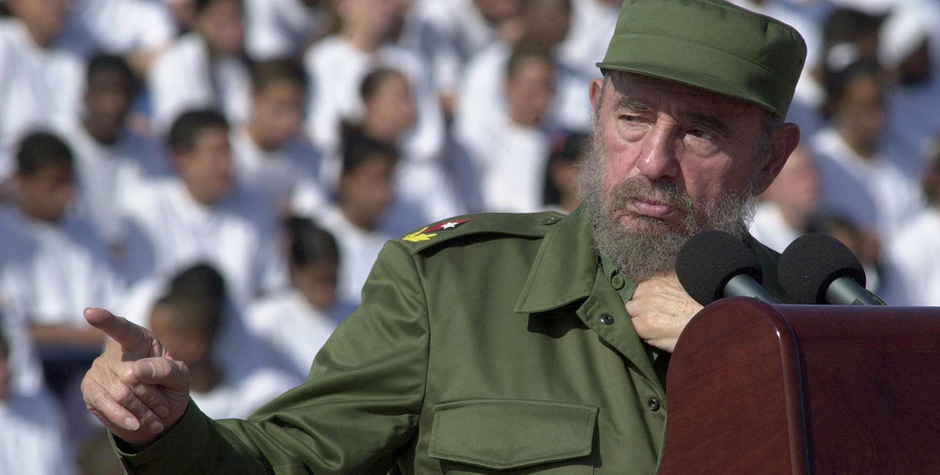 The Obama Administration continues to engage in a preposterous pattern of behavior, which undermines respect for the rule of law, international human rights, and freedom everywhere.

Responding to the death of Fidel Castro, a dictator who killed thousands, tortured and imprisoned many others, and forced millions of Cubans to flee their own country, President Obama could say little more than, “History will record and judge the enormous impact of this singular figure on the people and the world around him” and that during my “presidency, we have tried hard to put the past behind us.”

This constitutes neither a condemnation of lawless oppression, nor a ringing endorsement of American values and the rule of law. While President Obama has savagely condemned President-elect  Trump during the election campaign, he seems incapable of offering more than his prayers for the Cuban people.

Sadly, for the families of many Cuban-Americans and Cubans touched by Castro’s reign of terror, President Obama’s spineless statements are no more calming than statements issued by the Obama Administration in response to terror attacks on American citizens. The Obama Administration’s failure to condemn Fidel Castro recalls its feckless reaction to terror and its disturbing pattern of weakness and incompetence, which, so far, has precluded a serious root and branch effort to confront Islamic terrorists whose goal is to destroy us.

Rather than name our enemy as radical Islamic terror and rather than engage in a serious effort to destroy terror camps wherever they are, President Obama has surrendered to political correctness – a troubling hallmark of his presidency. Despite a spate of terror attacks, he continues to refer to Islam as a religion of peace, a move that may provide “the perfect climate to create more terrorism.” At the same time, his press spokesperson claims that the United States is engaged in a “fierce narrative battle” with the Islamic State, a perspective that is reinforced by Attorney General Lynch’s advice that we should respond to the most horrific Islamic terror attack since September 11, 2001 with expressions of peace and love.

To be fair, President Obama’s narrative about Castro’s death indicates he is incapable of condescending to the level of cravenness embodied in Canadian Prime Minister Justin Trudeau’s fulsome praise of Fidel Castro’s tenure. Nonetheless, President Obama’s statement reveals a deep-seated inability to confront the despotic contradictions that were and are endemic to Castro’s Cuba.

While Mr. Castro pursued so-called egalitarian ideals of free health care, housing and education, he banned free speech, jailed dissidents and forbade fair elections. Kevin Williamson of the National Review wryly notes, Castro was something of a political opportunist who became a nationalist when he thought that the Partido Ortodoxo, a European inspired quasi-fascist nationalist party, could bring him to power. When an alliance with the racist Che Guervara was beneficial, he was a racist while Che “kept the firing squads humming… hoping for nuclear war” that almost occurred in 1962, secure in his belief that the world must have Communism, “even if this costs millions of atomic victims.” Castro’s appalling contradictions enabled him to overthrow one dictator in 1959 only to become the longest serving tyrant in the Western hemisphere.

This pattern of conduct, which is rife with paradox, amounts to more than the appealing narrative of a movie thriller. It amounts to thousands of lives lost and millions more facing real repression that continues today under the leadership of Fidel’s brother Raul. The deadly Castro regime continues after Fidel’s death. This brutal reality makes the noble eulogies of the man ring even more tone-deaf and appalling.

President Obama’s politically correct reaction to Fidel Castro’s death stands in sharp contrast with President-elect Trump’s response. Justifiably declining to await history’s verdict, the president-elect said, “Today, the world marks the passing of a brutal dictator who oppressed his own people for nearly six decades” and “Fidel Castro’s legacy is one of firing squads, theft, unimaginable suffering, poverty, and the denial of fundamental human rights.” Truer words have rarely been spoken. Consistent with the tenor of his statement, President-elect Trump indicated that the incoming administration would demand the release of political prisoners held in Cuba and push the Cuban government to allow more religious and economic freedom.

The American people should demand no less of the Obama Administration during its remaining days in office.

Although presidential prayers for the Cuban people while the world awaits history’s verdict are welcome, given the Cuban lives that remain at risk, they are not enough.

At the ACLJ, we will always stand on the side of freedom against tyrants and dictators. Moral clarity is more important now than ever before.