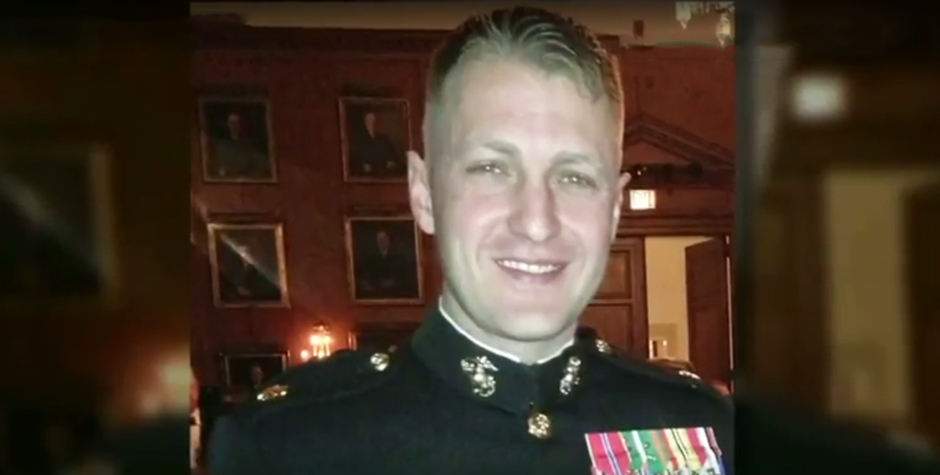 Another Hero Ejected from Military

This should not be a continuing problem in the United States of America, and yet it’s happening once again.

Another American military hero is facing ejection from the Armed Services simply for doing what is right – trying to stop sexual abuse by Afghan police commanders and protect U.S. soldiers.

A corrupt Afghan police commander brought his sexual slaves into U.S. military barracks. Marine Corps Major Jason Brezler sent an e-mail to his fellow officers warning them of this practice and the dangers it posed. The New York Times reported on the tragic and deadly aftermath:

The warning was never heeded. About two weeks later, one of the older boys with Mr. Jan — around 17 years old — grabbed a rifle and killed Lance Corporal Buckley and the other Marines.

Lance Corporal Buckley’s father still agonizes about whether the killing occurred because of the sexual abuse by an American ally. “As far as the young boys are concerned, the Marines are allowing it to happen and so they’re guilty by association,” Mr. Buckley said. “They don’t know our Marines are sick to their stomachs.”

The one American service member who was punished in the investigation that followed was Major Brezler, who had sent the email warning about Mr. Jan, his lawyers said. In one of Major Brezler’s hearings, Marine Corps lawyers warned that information about the police commander’s penchant for abusing boys might be classified. The Marine Corps has initiated proceedings to discharge Major Brezler.

The ancient practice is called “bacha bazi” – which translates to “boy play.” As we’ve outlined previously:

Young boys dress up like women and are forced to dance for older men.  The boys are then auctioned off as sex slaves to the highest bidder – forced to endure years of rape, sexual abuse, and slavery at the hands of their masters.  And now, the latest reports reveal that the Taliban are using these child sex slaves to mount insider attacks against Afghan police officers.

This is why we took the fight against this horrific practice to the United Nations and have advocated on Capitol Hill for the Pentagon and the Obama Administration to do everything in its power to stop this practice.

But with the case of Major Brezler, one thing is clear – instead of addressing the reprehensible behavior of our supposed allies, the United States bureaucracy is trying to punish U.S. servicemen who tried to shine a light into the darkness of sexual torture of young boys in Afghanistan.

After Major Brezler realized he sent his warning email using his personal email, he acknowledged it to his superior officers. He faced the consequences at the time, but months later, he was involuntarily discharged from the military.

That’s right . . . because his dire warning came from his personal email account, the Obama Administration is ejecting him from the military.  The hypocrisy is palpable.  While the Obama Administration’s DOJ and FBI cleared top-level Obama Administration officials for using private email servers for classified information that actually endangered our national security, this hero is punished for trying to save lives. It’s a miscarriage of justice to discharge this soldier.

As he appeals this unjust decision, Major Brezler is still serving his country, now as a New York City firefighter – the department that responded first when America was attacked under the direction of a terrorist in Afghanistan fifteen years ago. He is a hero through and through.  He deserves better.

But the bloated bureaucracy is trying to thwart his appeal because they don’t want the story of sexual abuse on our military bases in Afghanistan in the news.

Members of Congress have been trying to fight for Major Brezler for months now, but they need your voice.

Time is running out. We know that the work of the ACLJ and our members can make a real difference in seeking justice for and reinstating Major Brezler.

We did it together previously to help exonerate Green Beret war hero Sergeant First Class Charles Martland who faced expulsion for defending an Afghan boy from sexual abuse. Over 343,000 of you signed our petition and we took your voice to Capitol Hill, and the U.S. government listened.  We sent critical legal letters to President Obama, Army Chief of Staff General Mark Milley, Army Deputy Chief of Staff, G1 Personnel, General James McConville, the chairmen and ranking members of both the House and Senate Armed Services committees, acting Secretary of the Army Patrick Murphy, three letters to Secretary of Defense Ashton Carter, and 19 letters to the leading veterans organizations in the country.  In the end, Sergeant Martland was reinstated.

Now we need your help to make an impact again.

Like Sergeant Martland, Major Brezler’s actions reflect the best of American and military values by intervening on behalf of victimized children.

The sexual torture of young boys must end. Our soldiers must be protected. Major Brezler must be reinstated. Sign our new petition below before it’s too late.