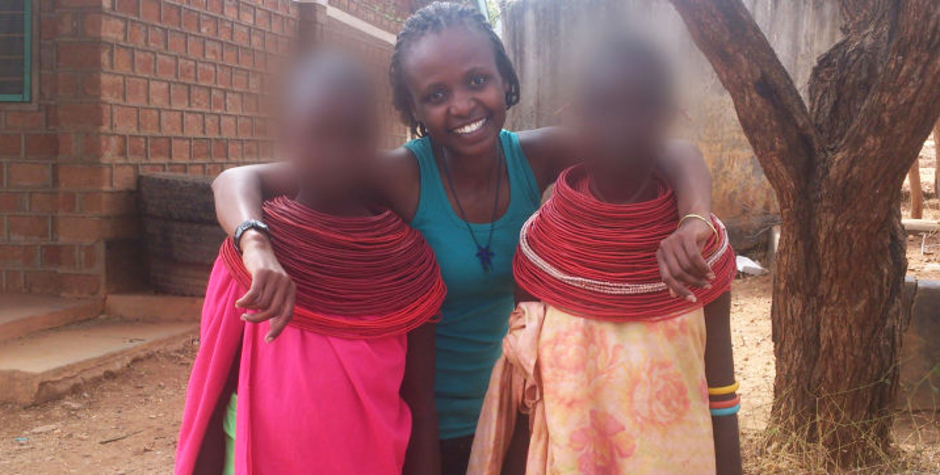 But justice did not prevail for Mwenda.

While leaving a hearing related to the case, the Christian attorney, his client, and their taxi driver were kidnapped, tortured, and murdered.  Four police officers have since been arrested for the murders.

Their murders were not random.  They were an attempt to silence those who sought to hold abusive government officials accountable.

This is extremely concerning for all human rights attorneys and defenders throughout Kenya, including our Christian attorneys on the ground engaged in multiple court cases defending young girls mutilated and victimized as child brides. One of our cases is even against a corrupt public official with numerous child brides.

According to both Kenyan law and international law, attorneys and victims must be protected from extrajudicial actions – including corrupt killings.

This week we sent a legal letter to Kenya’s Ambassador to the United States, Robinson Njeru Githae, outlining Kenya’s international legal obligations to protect the rule of law and hold corrupt officials accountable.  In the letter, we outline the international legal norms that promote the protection and independence of legal advocates:

Lawyers play a vital role in ensuring that the victims of human rights violations are adequately protected and the perpetrators are brought to justice. According to Kenyan and international law, lawyers must be guaranteed independence and non-interference.

The preamble to the Universal Declaration of Human Rights states that “it is essential, if man is not to be compelled to have recourse, as a last resort, to rebellion against tyranny and oppression, that human rights should be protected by the rule of law.” The ability of advocates like Willie Kimani to represent their clients free from intimidation or interference is imperative for the rule of law to be upheld.

We further detail the numerous international treaties and United Nations resolutions that enshrine these ideals:

Likewise, the International Covenant on Civil and Political Rights (ICCPR) and the International Covenant on Economic, Social and Cultural Rights (ICESCR), enshrine basic principles about the rule of law that require independent counsel. The ICCPR explicitly requires the right to be tried without undue delay and the right to a fair and public hearing by a competent, independent and impartial tribunal established by law. All of these principles are compromised if attorneys are unable to provide independent and competent representation due to threats or improper interference.  The ICESCR reiterates the obligation of States to promote universal respect for human rights and freedoms.  In order to ensure human rights are protected, it is imperative that victims and their legal advocates are free to bring claims of human rights violations.  As a state party to both treaties, it is imperative that Kenya upholds the rule of law by ensuring attorneys and victims of human rights violations are protected at every stage of legal proceedings.

To further ensure the protection of legal advocates, in 1990, the United Nations General Assembly adopted the UN Basic Principles on the Role of Lawyers, which articulates the right to independent counsel and the importance of protecting lawyers from improper interference. It declares that the “adequate protection of the human rights and fundamental freedoms to which all persons are entitled, be they economic, social and cultural, or civil and political, requires that all persons have effective access to legal services provided by an independent legal profession.”

Our letter urges the Kenyan Ambassador to act on behalf of all of Kenya’s legal advocates, by upholding the rule of law and ensuring that all corrupt officials are brought to justice.

Our attorneys and office on the ground in Kenya are involved in the pursuit of justice in this case and others. We will keep you updated.

Sign our petition below to join our fight for the rule of law and justice for the vulnerable and the attorneys who defend them throughout Kenya.