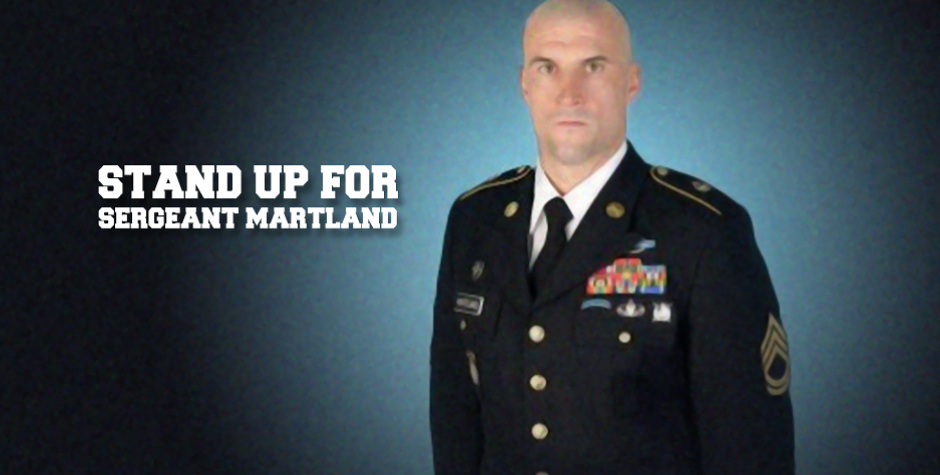 You’ve spoken out in a powerful way.  In less than two weeks, 66,845 of you signed on to our letters or wrote letters of your own to save Sergeant First Class (SFC) Charles Martland – a decorated war hero facing expulsion from the army for defending a child.

You spoke out and today we delivered every single letter to Secretary of Defense Ash Carter and Acting Secretary of the Army Patrick Murphy.

The ACLJ provided a cover letter with each letter reminding these Obama Administration officials of the underlying facts of the case, that sexual abuse of children is universally recognized as a crime, and urging them to act to reinstate SFC Martland.

As our cover letter to Secretary Carter began:

The purpose of this correspondence is to follow up on our correspondence to your office, dated October 19, 2015, and January 26, 2016, and to forward you a letter of support for Sergeant First Class (SFC) Charles Martland along with the signatures of 65,102 concerned Americans.  We have also enclosed an additional 1,743 individualized letters from Americans who wish to express their support for SFC Martland.

The letters are submitted by members of the American Center for Law and Justice (ACLJ) and other concerned Americans who believe SFC Martland should be commended, not punished, for defending a child from ongoing sexual abuse at the hands of an allied Afghan commander.  These Americans believe SFC Martland’s actions were not only justified, but also heroic, under the circumstances.

In addition, over 342,000 Americans have signed our Petition calling for SFC Martland’s prompt reinstatement as a Green Beret.

The letter signed by over 65,000 Americans provided:

I respectfully urge you to reinstate Sergeant First Class (SFC) Charles Martland, the decorated American war hero who, disturbingly, faces expulsion from the Army for defending a child from detestable sexual abuse and confronting an admitted sexual predator in Afghanistan. His actions – stopping the perpetrator who was violating Afghan law and forcibly removing him from a U.S. military base – are heroic. It's what I or any other American would have done. The sexual abuse of children should never be permitted on our military bases nor tolerated by our allies. SFC Martland's swift action to protect a child should be commended, not condemned.

SFC Martland's actions reflect American values – military values – and I am proud of what he did. He intervened on behalf of a victimized child. Please intervene for him. SFC Martland is the consummate American hero. He should be defended, not discharged. Please don't turn your back on him. SFC Martland has dutifully sacrificed to defend the freedom I hold dear as an American, and as an American I am standing up for this war hero. Please put this warrior back on the battlefield where he belongs. Do the right thing. Clear SFC Martland's name and reinstate this American hero immediately.

Our advocacy for this true American war hero will continue until justice is served. A decision is expected any day this week in his ongoing appeal.