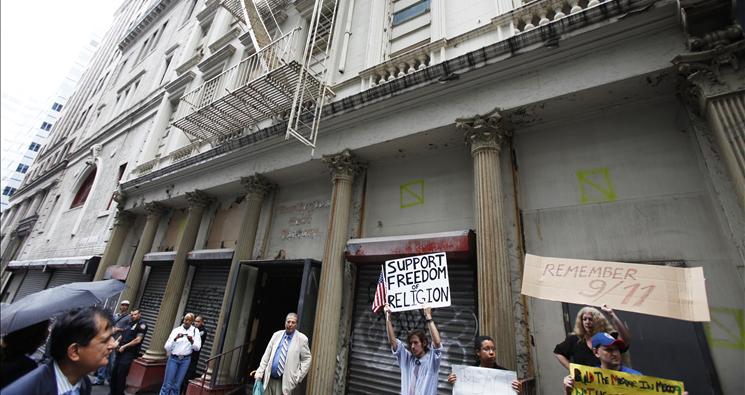 NO Islamic Mosque at Ground Zero

NO Islamic Mosque at Ground Zero

The 10th anniversary of the horrific attacks of September 11th are less than a month away. America is preparing to commemorate. At this moment, the organizers of the Ground Zero Mosque have begun their own plans; a fundraising campaign that culminates on September 10th - the eve of 9/11.

Most Americans understand that Ground Zero is sacred ground - not the place to build an Islamic mosque and now is not the time for them to begin a massive multi-million dollar fundraising campaign aimed at getting the Ground Zero Mosque built.

We are deeply disturbed by the decision to build an Islamic mosque at Ground Zero, the sacred site where Islamic terrorists destroyed the World Trade Center and claimed the lives of thousands of innocent Americans.

Equally as troubling is that the mosque is financially backed by groups with ties to the Muslim Brotherhood, a radical Islamic group that promotes acts of terrorism across the globe. New York City, and the people of this nation, should not permit the construction of a mosque to spread Islamic extremism at the sacred ground of the 9/11 attacks.

As radical Islam continues its bold and deadly march to erase freedom from the face of the earth, we must determine who we will honor: America's fallen 9/11 victims or the terrorists who attacked them?

We stand with the ACLJ in strong opposition to this troubling move: Ground Zero is NOT the place to build a mosque. It is time to reject this disrespectful plan once and for all, in honor of America's 9/11 heroes.