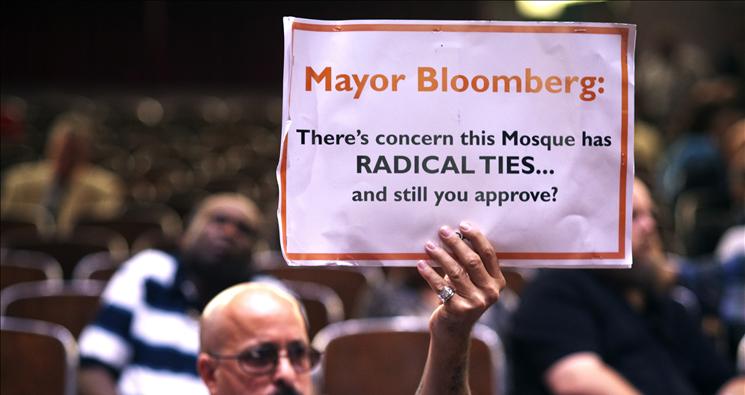 Back to Court to Stop Ground Zero Mosque

We're going back to court in our legal challenge to stop the building of an Islamic mosque at Ground Zero in New York City.

As you may recall, we provided arguments in March in New York State Supreme Court in our case. On Friday, the court issued its decision declaring that our client, 9-11 survivor and firefighter Tim Brown, lacked legal standing to challenge the politically motivated decision not to landmark a building that suffered a direct hit by one of the hijacked planes on 9-11. This is a decision that just doesn't square with the facts.

Tim Brown is a first responder who lost nearly 100 friends on 9-11 and was saving lives on that tragic day nearly ten years ago. The question of standing asks whether a party has a distinct interest at stake that is different from the public at large. The question becomes, if a 9-11 hero and first responder does not have standing in a case like this, where developers want to tear down a standing monument to 9-11, and replace it with the largest mosque in the country, then who does?

Even the City during our oral arguments acknowledged that Tim Brown might have standing if the building at issue was actually at Ground Zero. Here are the facts: The building was struck by the landing gear from one of the planes and the area was covered in human remains after 9-11. This site is Ground Zero.

We intend to appeal this flawed decision and are confident that this project will never be built. We will file a notice of appeal in the weeks ahead in the First Department Appellate Division.

Our lawsuit challenging the Ground Zero Mosque is posted here.

Most Americans understand that this is not the place to build an Islamic mosque. We have heard from nearly 300,000 Americans have have signed on to the ACLJ Committee to Stop the Ground Zero Mosque.

Our legal challenge is far from over. We will keep you posted as further developments unfold.