With this week’s issuance of its order confirming the Department of Justice (DOJ) and FBI abuses and its efforts to end violations of constitutional rights in the future, the United States Foreign Intelligence Surveillance Court (FISC) has shrunk but has not eliminated the federal government’s scope for violating the rights of American citizens.

Importantly, the FISC order confirms that there is a real problem with the Deep State on this issue. The court has banned anyone from the FBI or DOJ who was involved in the mishandling of the Carter Page FISA (Foreign Intelligence Surveillance Act) warrant (those currently under disciplinary review) from “participat[ing] in drafting, verifying, reviewing, or submitting” any FISA warrants. Read another way, the court is saying that those involved have no credibility. The court doesn’t trust them. That’s at least a step in the right direction.

The text of the Fourth Amendment of the Constitution guarantees that each and every citizen, whether high or low, has the right to be secure in their person and homes from unreasonable and searches and seizures that are illegitimately authorized by politically biased government officials. The Fourth Amendment specifies that:

The right of the people to be secure in their persons, houses, papers, and effects, against unreasonable searches and seizures, shall not be violated, and no warrants shall issue, but upon probable cause, supported by oath or affirmation, and particularly describing the place to be searched, and the persons or things to be seized.

Despite the clarity of this constitutional provision, and despite numerous Supreme Court precedents invalidating warrants issued without compliance with the probable cause standard and the Constitution, it is clear beyond question that the United States government under the leadership of former FBI Director James Comey, Deputy Director Andrew McCabe, and a cavalcade of other nefarious actors in the FBI and DOJ, that the federal government sought to spy on the campaign to elect President Trump.

This spying campaign as the Department of Justice’s Office of the Inspector General’s report shows was riddled by a parade of constitutional errors including significant factual inaccuracies and omissions regarding whether there was probable cause to believe that Carter Page, a minor campaign official, was an agent of the Russian government. In fact, quite the opposite was true. Mr. Page had actively assisted the United States government in the past but this crucial fact was not disclosed to the FISC. In addition, the federal government omitted statements that Mr. Page had made to a confidential human source contradicting the FBI’s theory of the case. Taken together, this gives rise to overwhelming evidence that Mr. Page’s Fourth Amendment rights were violated as part of Cross Fire Hurricane, which led to the special counsel Russia collusion investigation and the most recent effort by House Democrats to cripple the Trump Administration. This signifies that if there was any collusion in the last election, it was an inside job led by Deep State actors propelled by the Trump Derangement Syndrome.

But instead of trusting Carter Page’s loyalty, the FBI and actors from the Obama Administration’s DOJ apparent preferred to trust a disreputable foreign agent, Christopher Steele with a known bias against President Trump and whose services were bought and paid for by the Democrat National Committee, in its thirst for dirt on the Trump campaign. Virtually all of the information incriminating Christopher Steele and bearing on his personal credibility and professional failings were omitted in order to ensure that the FISA warrant against Carter Page held up in court.

Beyond the seriousness of the FBI’s errors with respect to its request for at least 3 FISA warrants against Carter Page—totaling up to 51 errors—the FISC in its March 4, 2020 order noted that it was likely that additional errors implicating additional American Citizens occurred. This contributes to an erosion in the court’s trust and confidence in the FBI and the DOJ.

In essence, there are two central issues. First, whether the FBI can be trusted to tell the truth when it appears before the FISC seeking a warrant. Second, how many other FISA warrant applications were riddled with errors, omissions, and political bias. These two questions are particularly crucial given that such warrants were granted in approximately 99% of the cases over the past several years.

Given the Inspector General’s report outlining the FBI’s and DOJ’s errors and in response to then-presiding Judge Rosemary Collyer’s December 2019 directive, the FBI has commenced a less-than-complete effort in response its proven errors. The FBI and the DOJ have conducted training programs to familiarize their personnel with new forms and new procedures designed to heighten the government duty of candor.

But that is not enough for either the FISA court for the American people. To be sure, the FISA court has accepted the following proposed changes at the FBI: (1) it will conduct performance reviews of all employees who have had responsibility for FISA applications; and (2) it will enforce appropriate disciplinary action regarding individuals who have been referred by the Inspector General for review. But that is simply not enough.

The FISA court March 4, 2020 order now requires greater oversight and monitoring. Greater oversight and monitoring means the requirement of in-depth reviews that not only review the accuracy of information submitted in support of FISA applications but a review of all information omitted from such an application as well. This means that reviews, which are likely to be periodic and random, will now also seek to determine whether, at the time an application was submitted, there was additional information of which the government was aware that should have been included and brought to the attention of the FISA court. In addition, the FISC requires that any warrant applications brought on behalf of the FBI shall include the following attestation by the official seeking a warrant:

I attest that, to the best of my knowledge, the Office of Intelligence of the Department of Justice has been apprised of all information that might reasonably call into question the accuracy of the information or the reasonableness of any FBI assessment in the application, or otherwise raise doubts about the requested findings.

While these steps by the court move us in the right direction toward complete candor, much more is needed including bringing all individuals who have engaged in misconduct in the past to justice. Action, including criminal referrals, will serve as a deterrent to future misconduct. This is necessary to ensure that each and every citizen’s Fourth Amendment rights to be secure in their person and home is fully respected. A constitutional republic should demand no less. 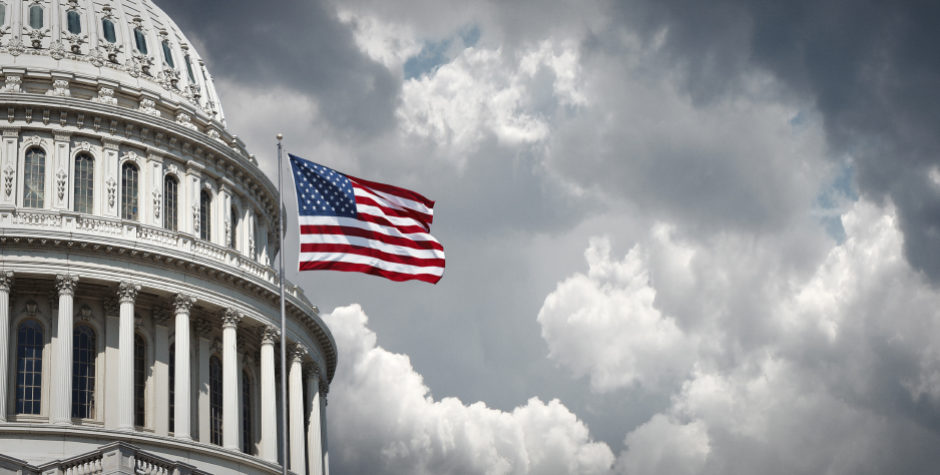 The ACLJ remains fully engaged in our work to ensure government accountability, and this includes our state and federal Freedom of Information Act (FOIA) practice. While government agencies are impacted by the COVID-19 pandemic, and much of FOIA processing has been placed on hold until things...