It’s a bombshell on the Flynn case. New documents show non-compliance with a federal court order.

Every day there are new revelations in the General Flynn matter. It really casts doubt on the whole probe by Robert Mueller. To me, as someone who dealt with it for over three years, it’s no surprise.

Here’s the headline that Fox News has: “Flynn bombshells cast doubt on Mueller prosecutor Brandon Van Grack's compliance with court order.” The court order they are talking about is the disclosure of what is called Brady material. That is information you are required to disclose that would show innocence or cast doubt on the prosecution’s case.

Failure to disclose exculpatory material is a serious offense and warrants voiding the verdict against the defendant. It also, in this particular case, suggests that serious charges ought to be brought against the offending parties for their failure to comply with the Brady rule. The United States Supreme Court in Brady v. Maryland and in Giglio v. United States made it the duty of all law enforcement agencies, including prosecutors, to provide any and all exculpatory material that would have a reasonable probability of altering the result in a trial or affecting the sentencing of the defendant.

Material evidence means evidence that would likely change the outcome of a trial, and the prosecutor must disclose such information to the defendant in a timely manner. This obligation is enforceable whether the defense requests the information or not. But in the Flynn case, the obligation has even greater weight because the Brandon Van Grack, a Justice Department prosecutor, a former member of Special Counsel Robert Mueller’s team, was under a court order to produce such evidence and apparently he failed to do so.

Not only did he fail to do so, but if you look at the timeline of what took place here, you’ll find the real outrage. We know that in January of 2017 the FBI said close the file on General Flynn. No case there. Why did Brandon Van Grack not tell the lawyers representing General Flynn that there is exculpatory evidence that the FBI had concluded that there was no violation of the law, yet the FBI still went in seeking answers to questions?

But they really weren’t seeking answers to questions. What we now know they were doing was to trying to get General Flynn to lie so that they could either get him prosecuted or fired.

You can listen to the entire episode with much more in-depth discussion, here. 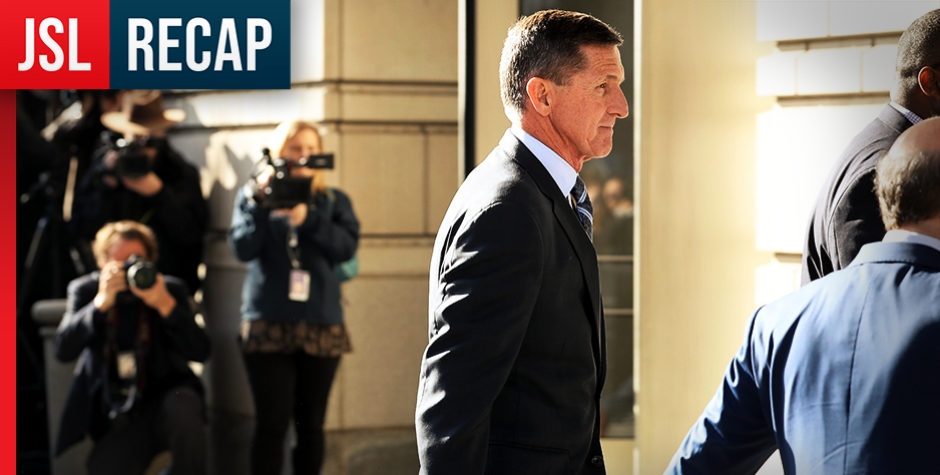