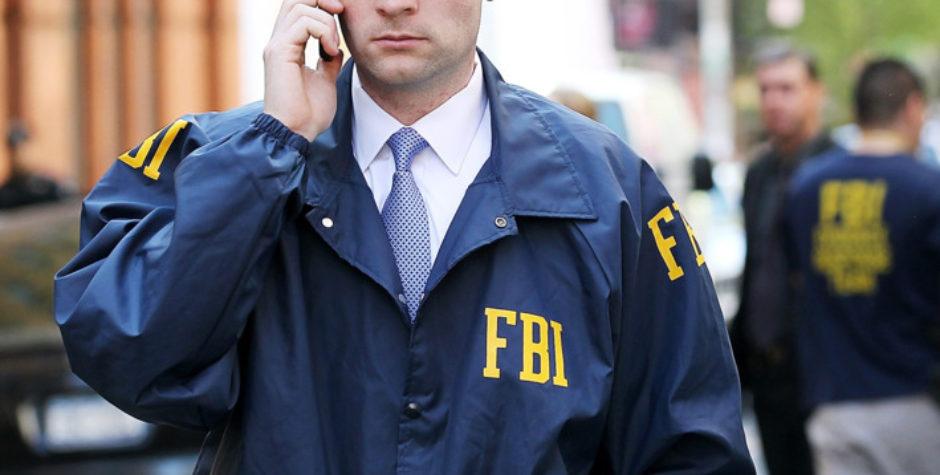 After telling us it found no records responsive to our request (something we later found out was a lie), and then telling us that it found only a few documents (documents that implicated the DOJ in its own lie), the FBI has now told a federal court that, for the first time in this case, it is going to search its “Central Records System.”  In fact, the Deep State FBI claims it now needs more time to do that.

Think about that for a minute.  For the first time since July 2016, and after telling us they couldn’t find any records responsive to our request, they are only now searching their “Central Records System” for records. This is outrageous.

Well, they say third time’s the charm. Let’s hope that is the case for the FBI as it relates to the agency’s prior failures to comply with its obligations under the Freedom of Information Act (FOIA) by conducting a thorough and adequate search for documents.

More than 21 months have passed since the ACLJ issued its FOIA request to the FBI and the Department of Justice (DOJ) for documents relating to former Attorney General Lynch’s admittedly suspicious meeting with former President Clinton on a tarmac in Arizona just days before Secretary Clinton was questioned by the FBI regarding her treatment of classified information. What has followed is the FBI Deep State’s complete and utter failure to comply with its FOIA obligations.

As we previously reported, the FBI first responded to ACLJ’s FOIA request in late 2016 by asserting that “no records responsive to our request were located.” This claim proved to be false after the DOJ produced documents to the ACLJ which contained communications exchanged with FBI officials regarding AG Lynch’s secret tarmac meeting.

Following the ACLJ’s publication of these emails, and subsequent legal action, the FBI responded by producing some documents – 29 pages to be exact. Once again, the FBI predictably asserted that it had complied with its FOIA obligations and that its search was complete. The ACLJ knew better and in a motion for summary judgment filed with the court last month, challenged the adequacy of the FBI’s search.

As the ACLJ details in its motion against the FBI, the FBI’s filings are completely devoid of a simple, yet necessary, assurance that all files likely to contain responsive materials were searched. Further, the FBI’s prior searches apparently excluded its largest database, the “Central Records System” (CRS), as well as the email systems within several admittedly relevant offices and the FBI utilized insufficient search terms – terms unlikely to produce all responsive records. For example, the FBI indicates that it searched select records using the search terms “Lynch AND tarmac,” and “Clinton AND tarmac.” However, FBI and DOJ officials regularly referred to Lynch in their communications as “AG” and to former President Clinton as “WJC.” These search terms were never employed by the FBI in an attempt to capture all responsive documents.

In response to ACLJ’s challenges, the FBI has filed a motion to stay summary judgment proceedings while it conducts a third search for documents. The FBI’s motion comes on the heels of the deadline for the FBI to respond to ACLJ’s motion questioning the FBI’s conduct in complying with FOIA. In the FBI’s affidavit filed with the Court, the FBI’s Section Chief for the Records Management Division notifies the Court that it has decided to conduct another search “[b]ased on some of the challenges raised by Plaintiff [ACLJ] with regard to [its prior] search.” This time, the FBI’s search will allegedly involve “(a) gather[ing] additional information concerning the [prior] searches conducted; (b) conduct[ing] a search of its Central Records System (CRS); and (c) conduct[ing] searches of its classified and unclassified emails for employees [identified in previously released documents].”

If there were any remaining doubt as to the inadequacy of the FBI’s prior searches, none remains today.

As we told the court, the FBI’s conduct in response to the ACLJ’s efforts to uncover the truth has represented nothing short of a subversion of the very purpose of FOIA: “to ensure that the Government’s activities be opened to the sharp eye of public scrutiny.”  A few tools in the FBI and DOJ’s toolboxes to keep the whole truth from being released have, thus far, included inadequate searches and the unsupported withholding and redaction of facts relating to the meeting and contained in talking points memorandums.

The agencies’ efforts to keep the information from the public begs the question: “What is there to hide?”

As former AG Lynch has admitted, her meeting on the tarmac cast a formidable shadow on the investigation. So why not shed light on the details of the meeting? If absolutely no inappropriate or unethical discussions took place between AG Lynch and the former President on the airplane regarding the ongoing investigation into Hillary Clinton’s treatment of classified information, as former AG Lynch insists, why the secrecy?

These questions continue to be a matter of significant public interest. The ACLJ will continue its pursuit of the truth and will not stop until it is satisfied that the DOJ and FBI have fully complied with their obligations under FOIA and answered to the American people.