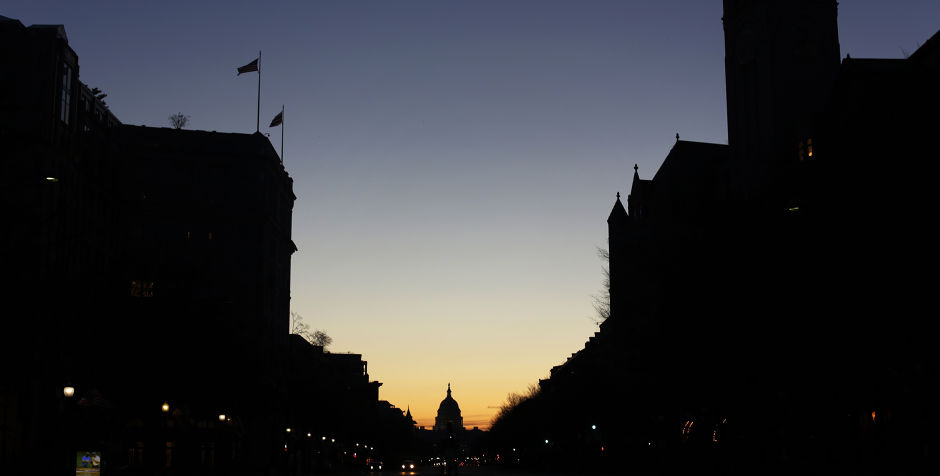 We are at the cusp of a rare moment in modern American cultural debate — a moment when reasonable, thoughtful members of the Left and Right agree. Political correctness is spiraling out of control. Last week I shared an essay by a former radical describing her own migration out of the movement, but her essay is hardly the only evidence of the Left breaking with the worst of the P.C. police. The floodgates have opened. The SDS’s own Todd Gitlin has attacked “trigger warnings,” calling them “outgrowths of fragility.” Writing at The Nation, Michelle Goldberg condemns the furious on-campus response to Laura Kipnis, a liberal professor who dared challenge what she called “sexual paranoia” on campus. Here’s Goldberg:

Yet the reaction to Kipnis—the demands for official censure, the claims of emotional injury—demonstrated how correct she is about the broader climate. “The new codes sweeping American campuses aren’t just a striking abridgment of everyone’s freedom, they’re also intellectually embarrassing,” she wrote. “Sexual paranoia reigns; students are trauma cases waiting to happen.”

This atmosphere is intellectually stifling. “Every professor’s affected by the current climate, unless they’re oblivious,” Kipnis told me via e-mail. “I got many dozens of emails from professors (and administrators and deans and one ex college president) describing how fearful they are of speaking honestly or dissenting on any of these issues. Someone on my campus—tenured—wrote me about literally lying awake at night worrying about causing trauma to a student, becoming a national story, losing her job, and not being able to support her kid. It seemed completely probable to her that a triggered student could take down a tenured professor with a snowball of social media.”

The New York Times gave column space to Judith Shulevitz, who related an utterly absurd story about how students claimed that Zineb El Rhazoui, a journalist at Charlie Hebdo, had failed to do enough to make sure “that others felt safe enough to express dissenting opinions” at a recent speech at the University of Chicago. Given that Ms. El Rhazoui faces death for her work, the idea that she needed to protect anyone was howlingly absurd. The conclusion to Ms. Shulevitz’s column was cutting:

You’d be hard-pressed to avoid the conclusion that the student and her defender had burrowed so deep inside their cocoons, were so overcome by their own fragility, that they couldn’t see that it was Ms. El Rhazoui who was in need of a safer space.

While I welcome these expressions of dissent, they’re constructed on a faulty premise — that the campus P.C. police is, in fact, made up of students who are “fragile” or “trauma cases waiting to happen.” This is false. The P.C. radicals are the farthest thing from “fragile.” Fragile people don’t form political movements, tote around mattresses as works of “performance art,” engage in civil disobedience, or shriek at the top of their lungs for the destruction of their enemies. Fragile people don’t try to sweep away all opposition, dominate the culture, and impose new legal and cultural norms.

No, this is the work of vengeful and malicious political activists, people who’ve forsaken true debate and dialogue to try to impose their will through fear and intimidation. They are trying (and succeeding) at scaring people into silence. Steve Hayward at Powerline (who is doing great work covering this issue), quoted an anonymous professor writing at tumblr:

Personally, liberal students scare the ... out of me. I know how to get conservative students to question their beliefs and confront awful truths, and I know that, should one of these conservative students make a facebook page calling me a communist or else seek to formally protest my liberal lies, the university would have my back. I would not get fired for pissing off a Republican, so long as I did so respectfully, and so long as it happened in the course of legitimate classroom instruction.

The same cannot be said of liberal students. All it takes is one slip—not even an outright challenging of their beliefs, but even momentarily exposing them to any uncomfortable thought or imagery—and that’s it, your classroom is triggering, you are insensitive, kids are bringing mattresses to your office hours and there’s a twitter petition out demanding you chop off your hand in repentance.

This climate is not the product of vulnerability but of the will to power. It’s been said that conservatives believe liberals are misguided, while liberals believe conservatives are evil. While I know and respect many liberals and have friends on the Left, I’m never going to characterize the P.C. bullies as “well-meaning” or “misguided.” And I’m certainly not going to buy into the misleading and manipulative rhetoric of vulnerability and fragility. In certain sectors of American life, the P.C. police are strong, very strong. Calling them fragile gives them too much credit for virtue and not enough credit for strength. We buy their narrative of vulnerability at our cultural peril.