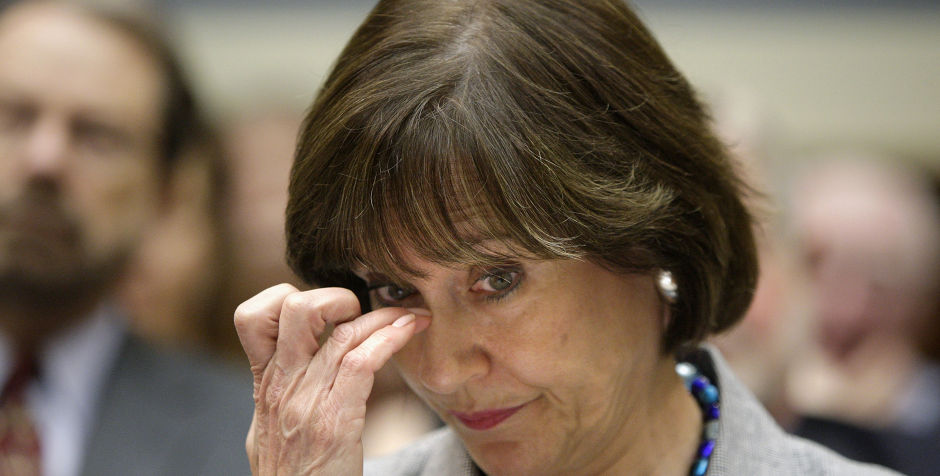 In what can only be explained as a bizarre (and disturbing) turn of events, former top IRS official Lois Lerner had not one, but at least two, secret personal email addresses.

While Lerner was overseeing the IRS department that was targeting conservative groups for their political views, she was using secret, private email accounts to conduct official business.  Sound familiar?

It has now been reveled that Lerner, under the alias “Toby Miles,” conducted official IRS business in addition to a second, previously known private email account.

The admission came in an open-records lawsuit filed by Judicial Watch, a conservative public interest law firm that has sued to get a look at emails Ms. Lerner sent during the targeting.

IRS lawyer Geoffrey J. Klimas told the court that as the agency was putting together a set of documents to turn over to Judicial Watch, it realized Ms. Lerner had used yet another email account, in addition to her official one and another personal one already known to the agency.

It is unclear who Toby Miles is, but Mr. Klimas said the IRS has concluded that was "a personal email account used by Lerner."

This leads to an entirely new set of questions about Lerner’s involvement and direction of the IRS targeting scandal.  Why did the IRS not come clean about this until now?  With so many of Lerner’s emails missing, destroyed, recovered, and destroyed again what possible new treasure trove of information could these emails hold?  And what exactly was Lerner doing at the IRS that she wouldn’t want on an official IRS email account?

The Obama Administration clearly has an email problem.  The parallels between the IRS email fiasco and former Secretary of State Hillary Clinton’s potentially felonious email scandal are uncanny.

But one thing is clear, the IRS scandal, the Clinton email scandal, and other Obama Administration scandals are only being fully exposed in federal court.  It has taken federal courts to force the IRS and the State Department to divulge key elements of these scandals.

Stonewalling and misdirection has been the Administration’s mantra … until now.  Those tactics don’t work too well before federal judges.

At the ACLJ, we are involved in two separate federal cases against the IRS in the targeting scandal.  In one, we represent clients seeking the truth about potential collusion between leading Members of Congress on the Left and the IRS in the targeting scandal.  We’re demanding key, potentially incriminating documents, through a Freedom of Information Act Request (FOIA), and a federal judge has already forced the IRS to turn over some of these documents to the court for its own independent review.

In the second federal case, we represent dozens of conservative groups who were unconstitutionally target by the IRS for their beliefs.  That case is in federal appeals court, and we recently filed a key motion, at the request of the court, after the court ruled that a very similar case of IRS targeting, the Z Street case, could go forward.  As we’ve explained before, “the very harm for which the D.C. Circuit held Z Street should be permitted to seek legal relief—intentional delay in processing based on the organization’s viewpoint—is the harm suffered by our clients as a result of the IRS’s admitted unlawful conduct.”

We await the courts’ next rulings in both cases – cases which could dramatically impact the search for the truth and justice for those targeted by the IRS.  We will continue fighting to stop the Obama Administration’s blatant abuses.

This article was crossposted at RedState.com.