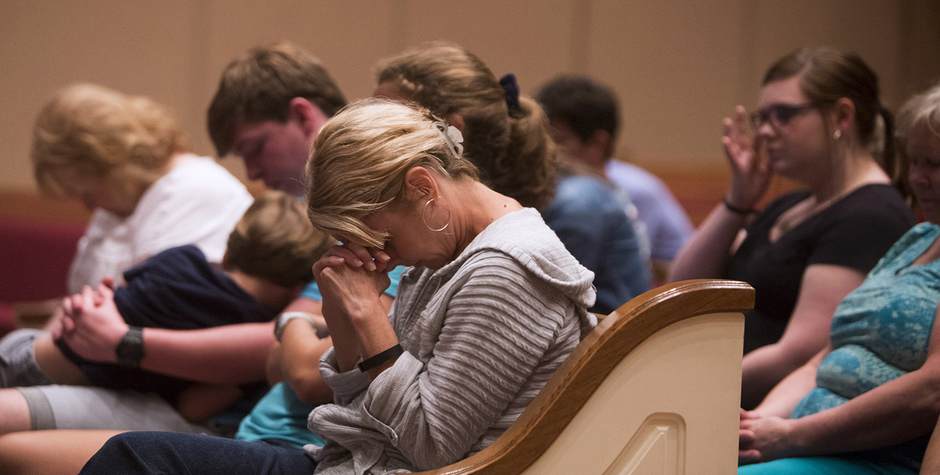 Did you know there’s a little-known amendment that has been restricting the First Amendment rights of churches and faith-based organizations for more than 60 years?

After it was mentioned during last week’s Republican National Convention, many people have been discussing this so-called Johnson Amendment. We at the ACLJ have been speaking out against it for years as we stand up for religious liberty.

Section 501(c)(3) of our nation’s tax code gives tax-exempt status to a church as long as it “does not participate in, or intervene in (including the publishing or distributing for statements), any political campaign on behalf of (or in opposition to) any candidate for public office.”

Sen. Johnson’s motivations, however, are much clearer. Around the time this amendment was introduced, Sen. Johnson had faced some political difficulties from certain organizations in his home state. “Senator Lyndon B. Johnson of Texas forced the amendment out of his anger that [two local] Texas non-profit groups had supported his primary opponent.” Gary Cass, Gag Order, 58 (2005) (citing Bruce R. Hopkins, The Law of Tax-Exempt Organizations, 327 (6th ed. 1992)).

There you have it. “The IRS rule that strips tax exemption from churches engaged in electioneering was born of Lyndon Johnson’s Texas politics, not the U.S. Constitution . . . .” Larry Witham, Texas politics blamed for ’54 IRS rule LBJ wanted to keep Senate seat, WASH. TIMES, Aug. 27, 1998 (discussing a study done by James Davidson, a Purdue University sociologist). More specifically, “‘[t]he ban on church electioneering has nothing to do with the First Amendment or Jeffersonian principles of separation of church and state . . . .’ ‘It was prompted by Johnson’s desire to challenge McCarthyism, protect the liberal wing of the Democratic Party in Texas, and win re-election.’” Id.

Our nation once had a longstanding tradition of church involvement in the political activity of the day. It was previously commonplace for pastors to preach about political issues and candidates.

[F]or the first century and a half of our nation’s history, ‘election sermons’ were commonplace in which pastors appealed to their congregations to support or oppose particular candidates based on their positions on issues.  Religious leaders did not merely speak about moral principles alone – they encouraged church members to take specific action in the voting booth to support those principles.

History now includes the last 62 years, which, of course, tell a very different story. The IRS first began closely regulating the political activity of 501(c)(3) organizations in 2004. The IRS website lists prohibited activity: in part, “[c]ontributions to political campaign funds or public statements of position (verbal or written) made on behalf of the organization in favor of or in opposition to any candidate for public office clearly violate the prohibition against political campaign activity.” Even activity that only has the “evidence of bias,” having simply “the effect of favoring a candidate or group of candidates,” is prohibited.

In Branch Ministries v. Rossotti, the District of Columbia Circuit Court affirmed the first instance in which the IRS ever revoked an organization’s tax-exempt status. 211 F.3d 137, 139 (D.C. Cir. 2000). A church “placed full-page advertisements in two newspapers in which it urged Christians not to vote for then-presidential candidate Bill Clinton because of his positions on certain moral issues.” This prompted an IRS inquiry and examination from 1992­­-95, which ended in the revocation of the Church’s tax-exempt status, whereupon the Church and its pastor sued the IRS. The Church argued that the “the revocation violated [the church’s] right to free exercise of religion guaranteed by the First Amendment and the Religious Freedom Restoration Act.” Id. In response to the church’s concerns about the implications of the IRS’s decision, the court stated, “because of the unique treatment churches receive under the Internal Revenue Code, the impact of the revocation is likely to be more symbolic than substantial.” Id.

This leads one to wonder, if any revocation is simply symbolic, what is the purpose of the threat of revocation in the first place?

The 1954 Johnson Amendment should be repealed because of its infringement upon the Freedom of Speech and because the Internal Revenue Service neither has the authority to determine what may be said within churches, nor does it enforce the law with any sort of logic or continuity.

Our Chief Counsel, Dr. Jay Sekulow, summarized the implications of the 1954 Johnson Amendment by calling it a “[62]-year-old federal tax law that prevents religious leaders from truly exercising their constitutionally protected free speech rights when they act in their official capacity as a pastor or head of a religious, tax-exempt organization.” The purpose of the IRS was “to collect revenue for the general treasury,” but this amendment has turned the organization into the “speech police.”

The silencing of speech is not the answer. Unfavorable speeches and action have their place in society as much as those that are popular. Whether it is through legislation amending or revoking this tax provision, “Whatever the outcome of this conflict . . . this is a debate worth having. Religious freedom doesn’t mean much if houses of worship are intimidated by the IRS when they speak out on matters of conscience.” Charles C. Haynes, The Case Against All Saints: Has the IRS Gone Too Far?, First Amendment Center (Nov. 27, 2005).

Church-state separation should be upheld by allowing churches to fulfill one of the purposes for which they were created—to be involved in moral issues of the day and be a community for like-minded individuals. Discussing the church in Ephesians 4, the apostle Paul writes,

And he gave the apostles, the prophets, the evangelists, the shepherds and teachers, to equip the saints for the work of ministry, for building up the body of Christ, until we all attain to the unity of the faith and of the knowledge of the Son of God, to mature manhood, to the measure of the stature of the fullness of Christ, so that we may no longer be children, tossed to and fro by the waves and carried about by every wind of doctrine, by human cunning, by craftiness in deceitful schemes. Rather, speaking the truth in love, we are to grow up in every way into him who is the head, into Christ, from whom the whole body, joined and held together by every joint with which it is equipped, when each part is working properly, makes the body grow so that it builds itself up in love.

The state should allow the church to speak truth, and instead of silencing unpopular opinions, should let the free market of ideas decide who wins.