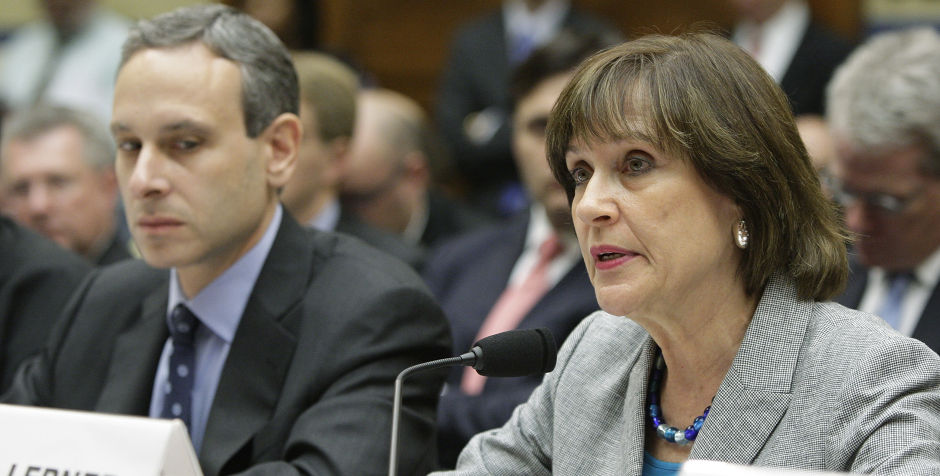 The House Oversight and Government Reform Committee has released a scathing interim report detailing extreme political “bias” throughout the ranks of the IRS that led to it targeting conservative groups in response to the anti-conservative group rhetoric “being openly and loudly espoused by the President of the United States.”

The report comes at the conclusion of Representative Darrell Issa’s chairmanship and serves as a status report from the Committee as the investigation continues.  The report notes a number of areas where it is still not able to reach conclusions due to the IRS’s continued stonewalling and refusal to comply with subpoenas.

Importantly, the Committee details how the IRS began covering up its wrongful actions and misleading Congress in early 2012.  As The Daily Caller reports:

The IRS admitted that the front office was “spinning” about the targeting rumors as early as 2012, after IRS commissioner Douglas Shulman denied the tea party targeting to Congress.

“This is what the front office and [IRS Chief of Communications and Liaison] Frank [Keith] are spinning about now,” an IRS legislative affairs office employee wrote in an email to co-workers, referring to a news article on Shulman’s dishonest testimony before the House Ways and Means Committee, in which he denied rumors of improper targeting. . . .

Then-IRS commissioner Steven T. Miller almost broke down and told the truth about the tea party targeting at a July 2012 hearing, but Lerner’s sidekick Nikole Flax told him not to.

“I am beginning to wonder whether I should do [Chairman] Boustany[’s hearing] and affirmatively use it to put a stake in politics and c4,” Miller wrote in an email to Flax.

Flax replied, “[I]f the hearing is as generic as I recall, seems like you are too senior.  Would be silly to think the c4 issues won’t come up – but I think Sarah [Hall Ingram] could handle it fine as well.”

The report’s conclusion details the unbelievable bias against conservative groups that pervades the IRS and significantly impacted its targeting of conservatives for their political beliefs, beliefs IRS officials openly disparaged:

Conservative organizations were not just singled out because of their political beliefs—they were targeted by IRS officials and employees who expressed a general loathing toward them even while begrudgingly admitting that those organizations were in compliance with the only thing the IRS should care about: the federal tax code. . . . One IRS agent wrote about an organization applying for 501(c)(4) status that donated to other organizations that engaged in political activity, “I’m not sure we can deny them because, technically, I don’t know that I can deny them simply for donating to another 501(c)(4).” Another agent responded, “This sounds like a bad org . . . This org gives me an icky feeling.”

Yet, despite the fact that, legally, the IRS “ha[d] to approve” the tax-exempt applications of conservative groups, it did not.  Under Lerner’s leadership, the Obama Administration’s IRS embroiled these groups, which were merely attempting to exercise their constitutional free speech rights, in an endless quagmire of delays and unconstitutionally intrusive and abuse demands.

Though Congress’s investigation continues into the ongoing IRS abuse, the House Oversight and Government Reform Committee has reached a number of disturbing findings:

This report continues to lead to more questions than answers.  For example, the IRS Chief Counsel, William Wilkins, an Obama appointee, is apparently suffering from a nearly complete memory lapse when it comes to his office’s significant role in the targeting.  As the Oversight Committee report notes:

The report presents further evidence of what we’ve known for years—that the IRS intentionally and maliciously targeted conservative organizations—going so far as to virtually brainstorm ways to suppress conservative speech—then misled Congress when conservatives felt the effect. There is nothing “phony” about this scandal. Indeed, it represents a grave threat to core American liberties.

This report reaffirms the fact that conservative groups targeted by the IRS deserve justice.  The IRS must be held accountable for its actions.  Yet, the Obama Administration’s faux investigations, led by the President’s political supporters, cannot possibly provide that accountability.

In addition to the still growing need for an independent investigator, a Special Counsel, the ACLJ continues our ongoing litigation efforts on behalf of 41 targeted conservative and pro-life groups from 22 states.

We will have more information about the next steps in these efforts in the days and weeks ahead.

If you haven’t already done so, join nearly 125,000 concerned Americans and sign our petition demanding and independent prosecutor to end the IRS abuse.