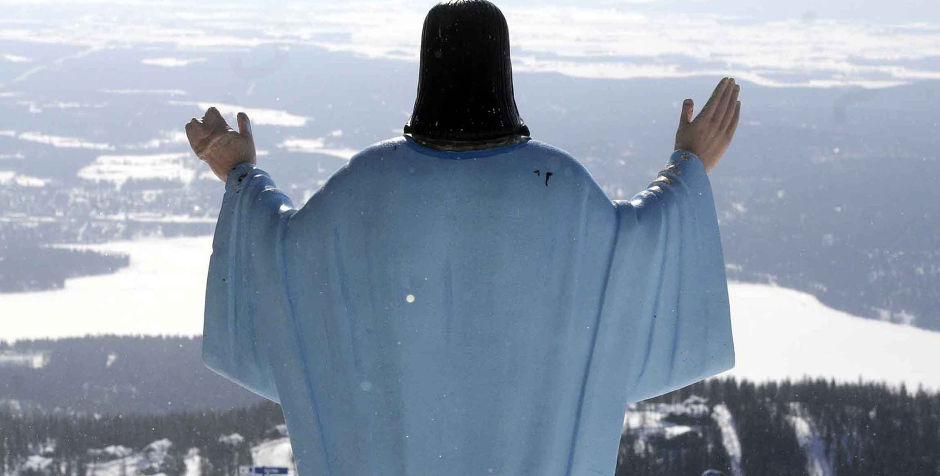 The U.S. Court of Appeals for the Ninth Circuit delivered a final blow to the Freedom from Religion Foundation’s (FFRF) last ditch effort to petition for a full court hearing in the WWII Memorial Jesus statue case.
FFRF’s campaign to remove the six foot statue was thwarted in August 2014, yet the atheist group sought again to remove the statue by requesting a rehearing. The Ninth Circuit, not particularly known for taking conservative positions, wasted no time in denying FFRF’s petition, effectively putting an end to the aggressive assault on a memorial dear to so many.

The 60-year-old statue of Jesus was originally placed in Flathead National Forest, by the Knights of Columbus (Kalispell Council NO. 1328) for the purpose of honoring the brave men who sacrificed their lives in WWII, battling the Nazis in the Italian Alps. The statue has become a cultural memorial not only to Christians and WWII veterans, but its historical significance is appreciated by many others affiliated with the small mountain community of Kalispell, Montana.

As we’ve told you before, the ACLJ has actively been engaged in this issue by filing amicus briefs on behalf of more than 100,000 Americans and 20 Member of Congress. The denial of FFRF’s petition represents a victory for the ACLJ and all Americans concerned about this great nation’s heritage being hijacked by a minority of abrasive agitators.

The court’s decision to allow the Jesus statue to remain standing is emblematic of how America’s greatest days are ahead of us, not behind us.  The traditional values of this nation have been, and will inevitably continue to be attacked, yet like the Jesus statue, let us resolve to stand––trusting that it will not be in vain.

As always, the ACLJ continues to fight against those who would attack our nation’s Christian heritage.