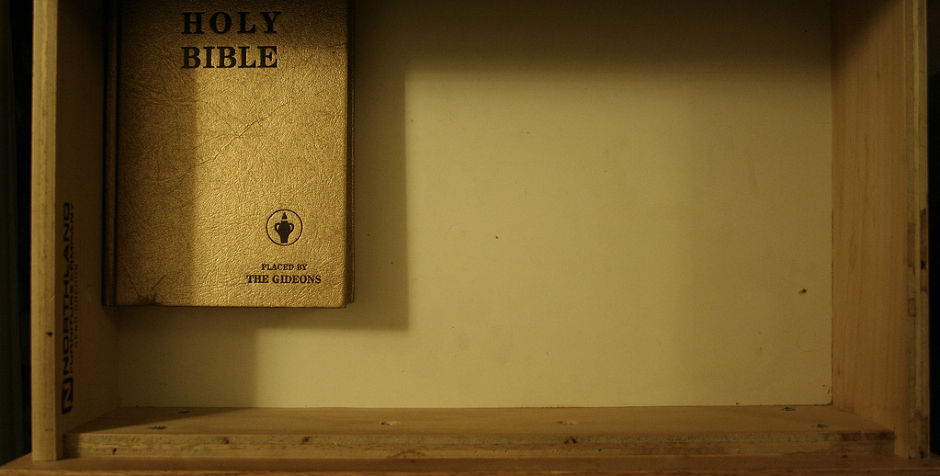 That’s what one angry atheist group is trying to do in hotels at public universities.

The anti-Christian Freedom From Religion Foundation (FFRF) is demanding that the Bible – placed by a Christian group – be banned from university hotel rooms.

It’s already had them banned from universities in Illinois, Wisconsin, and Iowa.

FFRF extremists call the Bible “obnoxious” and insultingly claim that the “[B]ible calls for killing nonbelievers.” It even absurdly claims that it is “unconstitutional to have them” – Bibles – in university hotel rooms.

FFRF is legally and constitutionally wrong. It’s time to set the record straight.

We’ve been defending constitutionally protected religious speech at the Supreme Court for decades. Now, we’re sending these universities a critical legal letter to protect the Bible. Add your name today:

Christian groups like the Gideons have placed Bibles in hotel rooms for decades. The Constitution protects religious speech. Don’t ban the Bible.