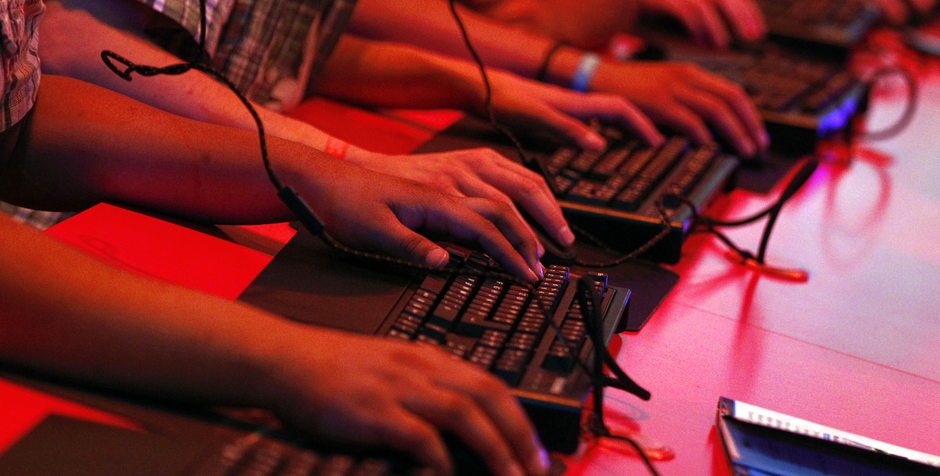 Deadline Looms to Save Internet Freedom

This week, our nation faces a looming deadline that could forever alter the future of cybersecurity and Internet freedom.  The Obama Administration is banking on you not paying attention as this historic moment nears.

But we have the opportunity to fight back and demand that our Members of Congress keep the Internet free and secure for everyone.  We’ve been fighting on this front for years, but now the deadline looms.

Imagine this dramatic scenario: the White House pushes for the United States to abandon its historic role as protector of the Internet, transferring the last vestige of that authority over to a private organization populated by international tech gurus. But the gurus also hold seven smartcards that could either restart the internal security framework of the entire Internet in the event of a catastrophe; or else they could disable it. America holds its breath to see how they will rule the most important communications platform in the history of the planet.

Let me be very blunt. Once America gives up control of the Internet, there is no reset button. The Internet could very well fall into the hands of the world’s most anti-free speech dictators, and we could do absolutely nothing about it.

The deadline is October 1st. Unless the U.S. government acts, U.S. oversight of the Internet will pass to a multinational organization, the Internet Corporation for Assigned Names and Numbers (ICAAN).

Forbes has a great explainer of the major players and concerns:

Currently, ICANN has a contract with the Department of Commerce’s National Telecommunications and Information Administration (NTIA) to manage the naming and numbering functions associated with the Internet. The most important of these is the assignment of Internet Protocol Addresses (IP Addresses) to domain names.  This is called the IANA function — Internet Assigned Numbers Authority.  ICANN performs this function pursuant to its contract, then NTIA reviews the assignment, and authorizes Verisign to post the IP Address to the “A server” — the authoritative root zone server that is the “master” file of all IP Addresses.  This A server is replicated to all of the other root zone servers globally on a daily basis. This is how a domain name gets online.

Thus, the integrity of every IP Address for every domain name on the Internet is under U.S. control and stewardship.  The NTIA contract with ICANN expires October 1, 2016.  Even though it could be extended for any period through September 2019, upon expiration, President Obama has agreed to let the Department of Commerce hand full control over the IANA functions to ICANN, effectively ceding the last control that the U.S. has over the Internet to an ambitious non-profit organization that will have no ties to the U.S. Government.

Let me be clear – this has monumental ramifications for cybersecurity, our national security, free speech on the Internet, and much more.

Congress must clearly pass a bill to stop this transfer of power from happening.

“It is profoundly disappointing that the Obama administration has decided to press on with its plan to relinquish United States oversight of crucial Internet functions, even though Congress has not given its approval. For years, there has been a bipartisan understanding that the ICANN transition is premature and that critical questions remain unanswered about the influence of authoritarian regimes in Internet governance, the protection of free speech, the effect on national security, and impacts on consumers, just to name a few. …

“In fact, Democrats at both the state and national level have echoed many of these concerns. For example, former President Bill Clinton has warned that ‘[a] lot of people who have been trying to take this authority away from the U.S. want to do it for the sole purpose of cracking down on Internet freedom and limiting it and having governments protect their backsides instead of empower[ing] their people.’

“The issue of Internet freedom should unite us Americans – Republicans, Democrats, and independents alike. Partisanship and political gamesmanship have no place when it comes to the Internet, basic principles of freedom, and the right of individuals in our great nation and across the globe to speak online free from censorship.

This is why we must continue the fight to keep the Internet free. The CEO and President of ICAAN even admitted in a hearing on Capitol Hill that ICAAN is not bound by the First Amendment.

The internet has continued to be free because of the United States’ continuing partnership with ICAAN, maintaining control and ensuring that cyberspace is free and secure.

Unless we act this week, our Internet is in danger. In an era in which state-sponsored hackers in Iran, Russia, North Korea, and other authoritarian regimes are trying to target our elections, our financial information, and our national security, this fight matters.