Watch Out Tea Party: The Left Still Wants to Use the IRS as a Political Weapon | American Center for Law and Justice 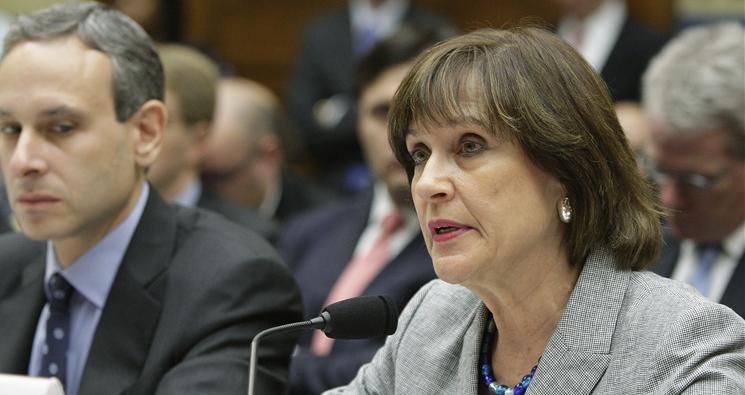 Watch Out Tea Party: The Left Still Wants to Use the IRS as a Political Weapon

Left Still Wants to Use IRS as Weapon

In the wake of the Supreme Court’s Citizens United decision in 2010, recognizing that citizens who chose to exercise their freedom of association rights don’t lose their free speech rights in the process, the Left went crazy.  Liberal Senators like Chuck Schumer (D-NY) and even President Obama called for something to be done about this ruling.  Sen. Schumer and a few of his leftist colleagues even wrote the IRS demanding action.

And action is what they got. Lois Lerner’s emails at the IRS show her railing against the Supreme Court’s decision and saying something had to be done to “fix the problem.”

Fast-forward four years later and we see the results of an ongoing IRS scandal the likes of which we had never before seen.  Citizen-led groups improperly targeted by the awesome power of the IRS, holding up applications for over three years, illegally demanding donor lists (which is what the Left always wanted), and dragging its heels on investigations.

Then this week, the Supreme Court spoke again in McCutcheon v. FEC expanding on its decision in Citizens United.  As I explained yesterday, the high Court essentially ruled that the federal government is not allowed to say you talk too much.  The Court struck down aggregate limits in the total amount of campaign donations people are allowed to give to all candidates.  As the Court said, “The Government may no more restrict how many candidates or causes a donor may support than it may tell a newspaper how many candidates it may endorse.”

Predictably the Left is once again up in arms about the high Court’s recognition of basic free speech rights, calling the decision Citizens United 2.0.

Enter Sen. Schumer once again, this time directly pointing to the IRS targeting of the Tea Party.

As the Washington Examiner reports, Senator Schumer explained “the damage” he says the Supreme Court once again inflicted:

"Let's say you're a person who doesn't believe in undisclosed money; let's say you're a person who doesn't want to go to a 501(c)(4) because you're worried maybe there'll be an IRS investigation sometime down the road," Schumer told reporters. "You can write one check to a joint committee of 232 House members and give them each the maximum." . . . “How does the Tea Party have such power?”

Hint, hint, “maybe there'll be an IRS investigation sometime down the road.”  In other words, the IRS should continue its targeting of the Tea Party.  Of course this is nothing new from Sen. Schumer.  Earlier this year, he specifically urged the IRS to “redouble” its efforts against the Tea Party.

It is these same open and public statements by powerful liberals after Citizens United that gave the go-ahead to the IRS to target the Tea Party in the first place.  Now after nearly a year of investigations into the targeting, the Left is at it again and the IRS has their back.

The IRS, which once apologized for targeting the Tea Party, now says there was no “targeting” at all – testimony by new IRS Commissioner John Koskinen that the Washington Post even gave three Pinocchios.

Will there now be a second round of targeting?  What makes that question the most difficult to answer is the simple fact that the first round of IRS targeting never ended.  At the ACLJ, we still represent groups who were targeted by the IRS over three years ago and who have still not received a decision on their application, nearly a full year after the IRS admitted wrongdoing and promised a quick resolution.

This time conservative groups are ready.  We will not stand by and allow the IRS to target American citizens for their political beliefs again.  We’ll be watching.  Free speech will be protected.

At the ACLJ, we currently represent 41 targeted conservative groups in ongoing federal litigation to protect their rights.  We won’t let up.