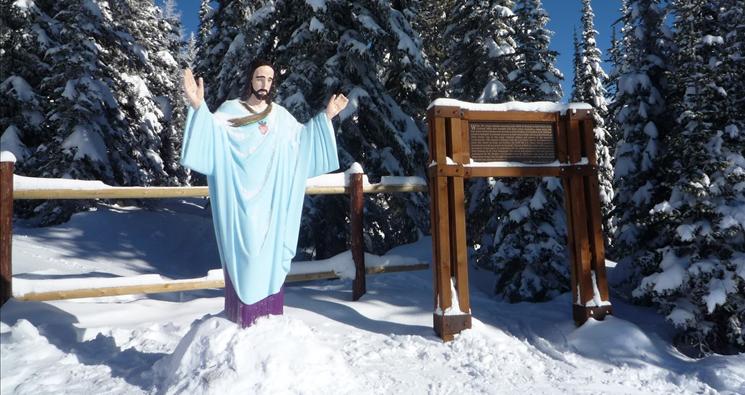 In a significant victory for religious liberty, the Flathead National Forest announced today that it would in fact renew the Knights of Columbus special use permit for the display of a statue of Jesus Christ. The statue, which was placed there as a World War II memorial by returning veterans, is located on a 25 foot by 25 foot parcel of land near the top of Chair Two at Whitefish Mountain Resort. The National Forest Service received more than 95,000 comments on the matter; 70,000 of those comments came from ACLJ members.

After being in place for nearly 60 years and becoming a local historic landmark, the Freedom From Religion Foundation (FFRF) – an atheist group that is attempting to strip all mentions of faith from public discourse – protested the display of the statue. The group called the Montana memorial "a ruse and a sham" and demanded the National Forest Service end a long-standing permit- a move that would force the display to be removed. The government initially agreed with FFRF and denied renewal of the special use permit, but agreed to review that decision after public outcry and the ACLJ’s involvement.

In a letter sent to the federal government, representing more than 70,000 concerned individuals, the ACLJ urged the Forest Service to renew the special use permit saying the display is an important historical memorial. As our letter pointed out, the statue does not violate the Establishment Clause. The statue’s history and purpose, its longevity, and its setting all support the conclusion that no reasonable observer could think that renewing the Knights of Columbus’ special use permit would be an unconstitutional endorsement of religion. Further, the letter pointed out that until this year, the statue had gone unchallenged since its establishment in 1953, almost sixty years ago. We are very happy that the Flathead National Forest agreed with our position and elected to once again renew the permit