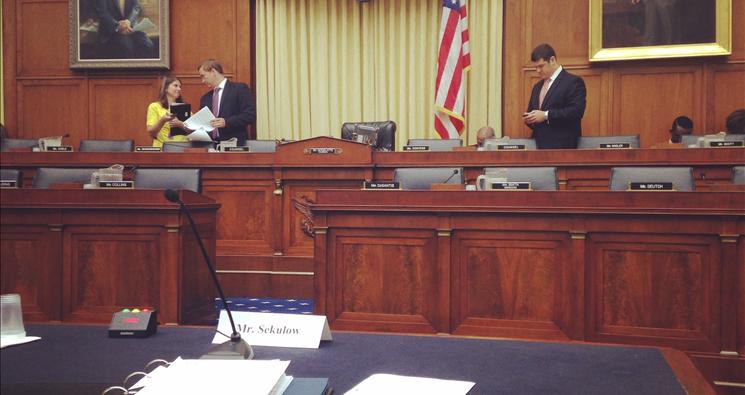 Not a Smidgen of Corruption? Lerner Calls Conservatives Obscenity, “TeRrorists”

Not a Smidgen of Corruption?

In the midst of my testimony this morning before the House Judiciary Committee, where the Left continued the tired line that there is no corruption and no scandal at the IRS, a series of new bombshell emails were released from Lois Lerner.

Lerner – the senior IRS official at the center of the IRS targeting scandal, the person in charge of the division that was supposed to grant tax-exempt status on a non-partisan basis – emailed a friend in the days following the 2012 election calling conservatives “a**holes.”  Her email chain, using her official IRS email account to rant against conservative Americans, continued, “So we don't need to worry about alien teRrorists [yes, that is her spelling]. It's our own crazies that will take us down.”

That’s right, Lerner was calling conservatives an obscenity and “teRrorists” with a capital “R” via her official, taxpayer funded, government email account.

The “investigation” is being run by a nearly maxed out Obama donor, the FBI has leaked to the press that the investigation is essentially over, and worst of all, the DOJ itself has been caught red-handed colluding to “piece together” criminal prosecutions against the same conservatives who were being targeted by the IRS.  Not only that, but they were working hand in hand with Lerner as she displayed a reprehensible bias against conservatives, using her official capacity as a government official.

Sadly, when the new email was presented in today’s hearing, the Left side of the dais did not change their tone.

Despite the Left’s attempts to ignore and belittle those Americans who were targeted by their government, I made it clear to Congress that the American people deserve answers.  We deserve justice.  Attorney General Holder should exercise his authority to appoint a Special Counsel – a truly independent investigator – to restore the trust of the American people and get to the bottom of this scandal.

Regardless, at the ACLJ, we will continue to pursue justice for conservative and pro-life Americans who where targeted for their beliefs through our lawsuit against the IRS on behalf of 41 targeted groups from 22 states.

We will not back down.  We will continue fighting to hold those responsible for this targeting accountable and ensure that it never happens again.