No Wonder the IRS Is ‘Losing’ E-mails: It Was Trying to Throw Innocent Conservatives in Jail | American Center for Law and Justice
Search  |  Logout  |  Login  |  Register 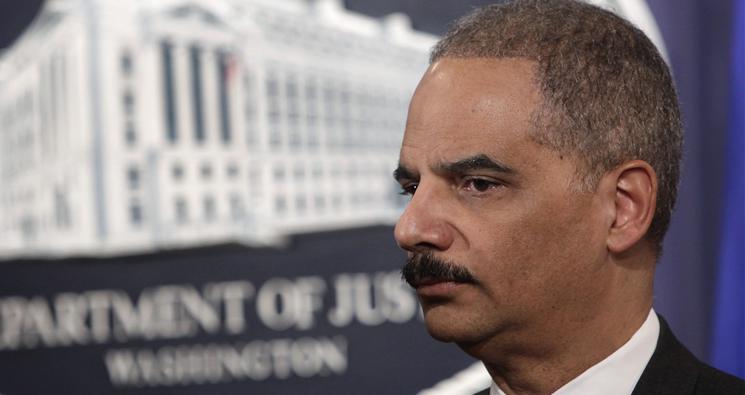 No Wonder the IRS Is ‘Losing’ E-mails: It Was Trying to Throw Innocent Conservatives in Jail

No Wonder the IRS Is ‘Losing’ E-mails

Even a small child can connect these dots.

The IRS is announcing the “loss” of mass numbers of e-mails (do they have any computers that don’t crash?) even as the e-mails that do exist are beginning to show the extent of IRS corruption. Let’s take this exchange (previously uncovered by Judicial Watch) between Lois Lerner, the director of exempt organizations at the IRS, and Nikole Flax, then the IRS commissioner’s chief of staff. (To be clear, these are not “low level” employees.)

I got a call today from Richard Pilger Director Elections Crimes Branch at DOJ. I know him from contacts from my days there. He wanted to know who at IRS the DOJ folk s could talk to about [Rhode Island Democrat] Sen. Whitehouse idea at the hearing that DOJ could piece together false statement cases about applicants who “lied” on their 1024s –saying they weren’t planning on doing political activity, and then turning around and making large vis ible political expenditures. DOJ is feeling like it needs to respond, but want to talk to the right folks at IRS to see whether there are impediments from our side and what, if any damage this might do to IRS programs.

I told him that sounded like we might need several folks from IRS. I am out of town all next week, so wanted to reach out and see who you think would be right for such a meeting and also hand this off to Nan as contact person if things need to happen while I am gone –

Translation: The Obama Justice Department was reaching out to the Obama IRS to see if it could “piece together” prosecutions of nonprofits even before any evidence of wrongdoing emerged.

And how did Nikole Flax respond? By suggesting that the even more federal agencies get involved:

I think we should do it – also need to include CI, which we can help coordinate. Also, we need to reach out to FEC. Does it make sense to consider including them in this or keep it separate?

In other words, rather than asking the DOJ whether it possessed any evidence of wrongdoing by American citizens engaged in constitutionally protected activities, two senior officials in the Obama IRS (including one, Lois Lerner, who “joked” about wanting to work for Organizing For Action, also known as BarackObama.com) pushed forward the effort to launch a multi-agency criminal probe, involving even the FEC. Oh, and keep in mind that this e-mail exchange occurred literally years after the IRS claimed it had ended all tea-party targeting.

And in the last few days we learn the IRS has “lost” e-mails from — among others — Lois Lerner and Nicole Flax. What a remarkable coincidence.

The scale of the wrongdoing is staggering. Targeting Americans for criminal investigation without evidence, attempting to enlist multiple federal agencies in the effort, selective audits, selective disclosures of confidential documents, selective questioning and delays of nonprofit applicants — all in the service of suppressing dissent. At the ACLJ, I’m one of the attorneys in our litigation — on behalf of 41 conservative groups in 22 states — against the IRS and key IRS officials.

As of today, we’re putting the DOJ, FEC, and even key Democratic senators on notice: They’re bound by law to preserve any communications with IRS officials that would be discoverable in our lawsuit.

The administration’s misconduct and its cover-up are so brazen, so contemptuous of common sense and the truth, that they will — once and for all — put the media and the Left to the test: When it comes to this administration, does the rule of law matter at all? Does the truth matter at all? Or is it all about ideology now?

I know how they’ll respond, and I fear for the future of our democracy. They fight us today — by virtually any means necessary — so their government of the Left, by the Left, and for the Left shall not perish from the Earth.