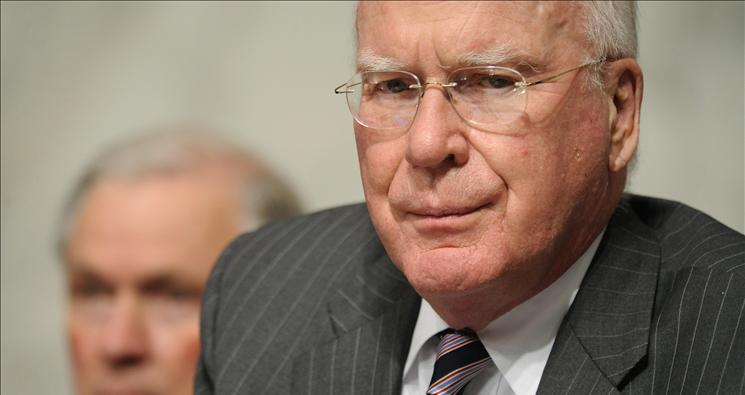 UPDATE: New Government Attempts to Control and Stifle the Internet

"Online piracy is a real problem, specifically by web sites and actors located overseas. The latest move by Congress to address the problem is the Stop Online Piracy Act (HR 3261). Unfortunately, as drafted, SOPA presents serious free speech and free press concerns, and would allow the First Amendment rights of innocent, uninvolved Americans to be curtailed. Authorizing private parties, for example, to limit and censor Internet service providers and web sites that allow access to the World Wide Web where pirated material is available is like shooting an ant with an elephant gun. Before moving to approve any legislation on this issue, Congress would be well-served to go back to the drawing board and write a much more narrowly-tailored bill that reaches only the bad actors and offending parties."

Senator Patrick Leahy is disguising stifling of innovation in a bill claiming to protect IP.  This year he introduced the Preventing Real Online Threats to Economic Creativity and Theft of Intellectual Property Act, or PROTECT IP, and recently the House introduced its own version, the Stopping Online Piracy Act, or “SOPA”. These bills, dedicated to combating online piracy of copyrighted content, would mark a fundamental change in how the government regulates the Internet.

If passed in their current form, PROTECT IP and SOPA would hand new authority to the Justice Department to monitor and censor websites that are accused of hosting or enabling the sharing of copyrighted content. Any media company or individual would have the ability to claim a website enables online privacy, leading to dramatic restrictions on who could view the site, as well as cut off revenue from advertising and payment sites.

Both PROTECT IP and SOPA are re-writes of a rejected 2010 bill called the Combating Online Infringement and Counterfeits Act, or “COICA”. While COICA was defeated, many experts and advocates continue to express concern over similar provisions in the new PROTECT IP/SOPA.

While PROTECT IP and SOPA have received support from Republicans in Congress, many conservatives and business leaders believe the bills are too far-reaching, and have questioned their effectiveness. Conservative leaders like Reps. Darrell Issa and Michele Bachmann have called on Congress to scale back the regulatory provisions of PROTECT IP/SOPA, fearing that they will give Eric Holder’s Justice Department too much power, and make it harder for tech companies to innovate online. In a letter to his colleagues in Congress, Issa urged caution in pursuing anti-piracy legislation, saying “Before we impose a sprawling new regulatory regime on the Internet, we must carefully consider the risks that it could pose for this vital engine of our economy.”

Free speech advocates are concerned that if passed, these bills would give the DOJ broad powers to dictate which sites you have access to, much in the way that repressive regimes around the world censor the Internet. Google’s Bob Boorstin has gone as far as to say that “Would put the U.S. government in the very position we criticize repressive regimes for doing — all in the name of copyright.”

Entrepreneurs have also argued that provisions in PROTECT IP/SOPA could lead to a massive increase in frivolous lawsuits, as media companies attempt to shut down competitors with vaguely defined anti-piracy rules. Mark Masnick, a tech entrepreneur has stated that, “A bill like SOPA creates so much liability that it would be impossible for two engineers in a garage to build the next great startup unless they also had a dozen lawyers sitting with them.”

The House will hold its first hearing on SOPA on 11/15. With conservatives on both sides of this issue, it’s important to watch closely and ensure that Congress doesn’t overreach in its attempts to fight online privacy.